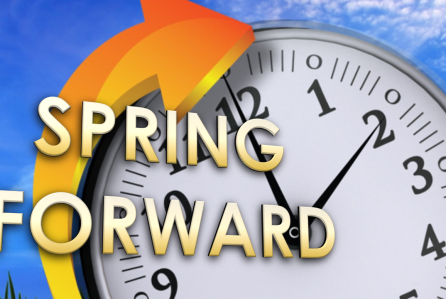 This particular look at the little issues of Welsh independence goes back to July, when it was suggested in the Western Mail that Wales could have the power to set its own time zone. In the end, that didn’t happen but, with independence, that power would automatically come

The real question is – does Wales really need its own time zone?

Turning Back The Clock

Without wanting to bore anyone, here’s a quick history lesson.

Greenwich has been the centre of standardised time since the 17th century, but even then there were several different times across England. Each clock was calibrated to its own local noon, causing problems, as there are slight differences between sunrise, sunset and noon depending on your latitude.

It wasn’t until 1880 that Greenwich Mean Time was set as the UK’s official timezone, meaning all clocks were standardised by it. Over the coming decades, most of the world’s nations had adopted a one-hourly increment timezone with Greenwich as its centre. Some territories and nations though, still have increments of less than an hour.

Daylight saving was introduced to add extra daylight in the summer to save energy (such as lighting), aid agricultural workers and allow extra leisure time for shift workers or boost the evening economy in general.

Because Great Britain is a long, thin island, Scotland in particular is disadvantaged by the current system, as winter mornings are often darker than elsewhere in the UK due to the northerly latitude. It also occurs to a much lesser extent in Wales’ western and northern fringes.

The recent debate was started by a proposal for the UK to adopt European Standard Time – an hour ahead of GMT – to further extend the perceived benefits of daylights savings. This would mean that Scottish winter mornings would be darker for even longer, prompting concerns about road safety for children. This led to a proposal in the UK Parliament that England, Scotland and Wales could set their own time zones.

Physically massive countries like the USA, Russia and Australia work perfectly well with multiple time zones. There’s no reason why the UK nations couldn’t either – independently or in union. Of course, if Scotland does vote for independence in the coming years, that may give them all the impetus they need to adopt a time zone that suits their own needs – or more specifically – their geography.

When it comes to Wales though, the case isn’t as clear cut. For starters, the Republic of Ireland – further west than Wales – uses GMT quite happily.

Considering the amount of cross-border commuting (the Anglo-Welsh border is much more “continental” European than the Anglo-Scottish border) having a separate time zone from England would be a problem – if not necessarily damagingly so – for the Welsh (and in some parts the English) economy.

Not only that, it would be a massive pain in the backside.

Therefore, as much as it pains my isolationist/separatist/heedlessly romantic nationalist heart to say this, I propose Wales should keep the same time zone as England ever more.