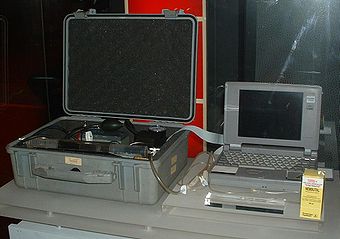 In my second visit to contentious policy issues, I’m going to look at euthanasia (aka assisted suicide). Like the first post on abortion (linked above), I’m not going to include any graphic images, but the content could be distressing etc. Defining euthanasiaEuthanasia is specifically assisting someone to commit suicide to end suffering or pain. It’s almost always associated with people who are enduring terminal physical illnesses, or want to end their life prematurely to avoid (inevitable) suffering as the result of such an illness.There are several types of euthanasia:
The difference between suicide and euthanasia Suicide, as we more commonly associate the term, is usually an act of individual desperation or a spur of the moment decision brought on by extreme circumstances (i.e. self-immolation as a form of protest).Euthanasia is planned beforehand with the consent/knowledge of somebody else – usually a doctor or close relatives – and has their support one way or another. That means the authorities know that someone is planning to die, and there would be no suspicious circumstances.

Suicide is a massive taboo in western culture, less so in cultures like Japan where it might be seen as “honourable” in certain circumstances. You’ll probably all have your own opinions on suicide itself. However, if you hold beliefs relating to the sanctity of life, you’ll probably consider it wrong in any and all circumstances.

Now put yourself in the position of someone whose personal circumstances or physical or mental pain is so bad, that they’re willing to confront death “before their time”to end that pain once and for all. In some circumstances that could be considered “brave”.

However – unlike euthanasia – that single moment of individual bravery just transfers their pain to other people (metaphorically speaking) – friends, family and even people the person has never even met like emergency service workers. Then it become a “selfish act”, anti-social and a medical emergency that needs to be treated as urgently as any other.

But the problem is so hard to tackle directly compared to other medical emergencies, I think it’s impossible to prevent it.

The difference between suicide and euthanasia, as noted earlier, is that all those “other people” will have some prior warning and may see euthanasia as “respecting wishes” in a peaceful, planned way, rather than an immediate act like suicide.

The problem is that psychological pain can be just as bad as physical pain. You probably all know that.

However, if you treat both the same, then that line of thinking could morally justify suicide for psychological or personal reasons – which are entirely treatable/preventable – on a par with euthanasia, which is usually for untreatable/terminal/chronic physical pain.

Why would someone want to euthanise themselves?

I hate to repeat myself, but it usually comes down to straight up extreme physical pain, loss of basic functions or wanting to avoid a slow degeneration towards those things. Many people might want to “go out on a high” and prevent loved ones seeing them in that situation. Others might have been in that condition for years and no longer want to endure a perceivably poor quality of life anymore.

In the example of extremely premature births, academics suggested in 2006 that a debate begins on withdrawal of treatment from the “sickest of sick babies”.Presumably that means babies born with very severe disabilities that would result in death within days, weeks or months. That could reduce suffering on the parents as much as the baby.

The wider issue is, should patients have the choice?

It binds medical professionals in a catch-22. All doctors take an oath – the Hippocratic Oath – to “do no harm”. Nurses take a similar oath.

Their dilemma is whether it’s doing greater harm to keep a patient alive, rather than ease their suffering or pain through a medically-induced death. The problem is that “killing a patient” probably counts as right up there in terms of“causing harm”, and go against everything medical professionals will have been taught about preserving life – even if it would be welcomed by the patient.

So there are two clashing principles – right of a patient to direct their treatment, and the right of medical professionals to uphold their guiding professional beliefs.

End suffering with consent of the patient – This is the big, obvious one. Having some sort of legal mechanism for formal consent from a patient may alleviate concerns that helping a patient euthanise themselves would contravene the Hippocratic Oath.

Financial considerations – I didn’t want to include this. I’m not that cold hearted! But in debates like this you have to be truthful and up front. Keeping seriously ill patients alive is sometimes a costly business. Keeping them alive against their will, one way or another, may well place financial burdens on the health service unnecessarily. Euthanasia may be a way out, but it must – in all cases – be an informed choice of the patient somehow. There is a danger that, yes, you could open the door to some patients being “pressured” one way or another to euthanise themselves to save money.

Making people feel they’re a burden – This could include the elderly who are not terminally ill, or the moderately disabled, who are in discomfort butrequire some sort of part-time or full-time care. Elderly people are traditionally very stoic and self-sacrificing, and may see euthanasia as preventing being a financial or time burden on family or the state. But wouldn’t that count as straight-up suicide?

Impacts on palliative care and hospices – If a majority of near-death patients decided to undertake euthanasia, or if euthanasia even became “expected” for certain conditions, where would that leave existing palliative care services? Would there be funding cutbacks? Would people be less inclined to offer them charity? However, you could consider euthanasia the best palliative care option available in many cases. In the Netherlands, where euthanasia is legal, palliative care services fall short of those that exist here. You could end up giving people fewer options over how they deal with a terminal disease, and place an expectation on them euthanising themselves.

Slippery slopes – Euthanasia could be seen as half-way towards legitimising suicide, or even legalising some forms of murder and eugenics. But history tells us that, as long as reforms as well-considered, worst case scenarios like this rarely come about.

Government involvement in life-or-death decisions – The pro to this is that they could create a fair system to allow euthanasia for all within agreed guidelines. The con is that it could be seen as a government placing utility and costs ahead of something as fundamental as people living or dying.

Euthanasia, of all sorts, is currently illegal right across the UK. It’s currently illegal in EnglandandWales to assist anyone to commit suicide by any means, and it counts as murder. Passive euthanasia is, however, sometimes used by doctors when “death is imminent”.

Euthanasia is a devolved matter for the Scottish Parliament as they have a separate legal system. It currently remains illegal there too, but a euthanasia bill was introduced by Margo MacDonald MSP (Ind, Lothian) – who has Parkinson’s disease. The End of Life Assistance Bill was subsequently rejected by the Scottish Parliament at the first reading.

There are campaigns for euthanasia to be legalised in the UK, perhaps the most vocal/famous campaigner is author Terry Pratchett, who has Alzheimer’s disease. There’s a significant stumbling block in that the British Medical Association are firmly opposed to euthanasia. There have also been attempts to introduce legislation in Westminster to allow euthanasia, but they’ve all been rejected.

British peoples wanting to euthanise themselves usually have to travel abroadto do so. The Dignitas clinic in Switzerland is, perhaps, synonymous with this. Some of these cases end up in the courts as next of kin who assist in euthanasia are liable to prosecution. However to date, as far as I can tell, there haven’t been any charges brought against anyone doing this.

Active euthanasia is legal in some European countries – Luxembourg, Belgium, Netherlands. While passive forms of euthanasia are legal in parts of the US, Germany and Switzerland.

Until December 2014 (here), euthanasia had never been brought up as a topic of debate in the Assembly. I don’t think that’s “wrong” as it isn’t a devolved matter. However, in light of the possible creation of a separate Welsh legal jurisdiction at some point in the future – possibly this side of the sun going supernova – it’s fair that the Assembly start considering issues like this in the medium term, and the parties start to formulate a stance.

It’s likely though that this issue – like same sex marriage – may well be decided in Westminster before we reach that point. But if you think issues around the Human Transplantation Bill are proving controversial, this one would be a whole different kettle of fish.

As to some ideas as what I think could happen: