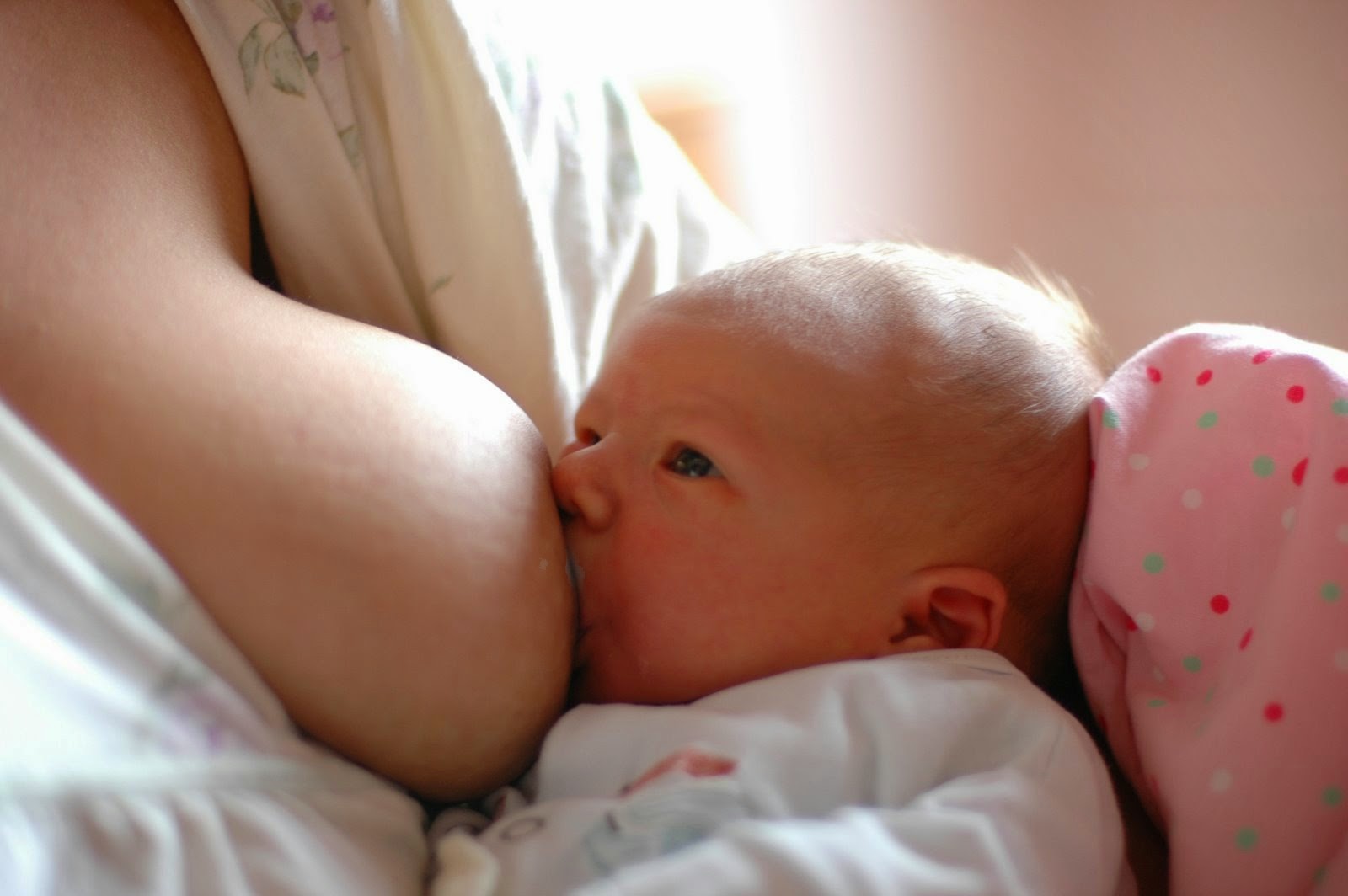 As a man of the world, I’ve noticed women have these things called “breasts”.

Some men have them too. They come in different shapes and sizes, but have important functions beyond crushing cans, acting as a natural airbagor being used to sell newspapers and magazines.

After painstaking and extensive research into breasts, I’m probably the only person around who can fill a bra to bursting point with an argument for independence or further Assembly powers, and also underlining why boobs are an argument that the Welsh devolution settlement isn’t currently fit for purpose.

Why is breastfeeding important?

See also: 10 reasons why you should consider breastfeeding (via positivehealthwellness.com)
See also: Benefits of Breastfeeding – The Ultimate Guide (via babycared.com)

In the early days post-birth, breast milk contains antibodies and other ingredients that cleanse the newborn baby’s digestive system and boosts their immune system. After a few days, the milk thickens and becomes fattier. There’s no firm evidence for how long a mother should breast-feed, but the consensus appears to be for somewhere up to 6 months.

There are several specific benefits to breast-feeding for both mother and child:

There are downsides too:

Baby formulas have come a long way and don’t have anything inherently bad about them, but in terms of the health benefits, antibodies etc. they don’t come close to breast milk. Many international health bodies – including the World Health Organisation – all recommend breast-feeding for the health of both mother and child.

There are two main public policy issues regarding breast-feeding: doing it in public, and guilt/shaming as to whether mothers breast-feed or not.

Breast vs Bottle: Shame & The Power of Disgust

Sadly, it appears discrimination against breast-feeding mothers is alive and kicking in 2014.

After a young mother in Rugeley, Staffordshire was called a “tramp” for breast-feeding in public, a sympathy protest attracted 100+ people in Swansea back in March, along with others held in England and Scotland. In June, a breast-feeding mother from Cardiff was asked to move from her table at the Global Buffet.

Babies have no concept of “waiting to be fed”, so mothers have no option but to either to feed them there and then – regardless of where they are – or put up with wailing and crying until they can get privacy.

If mothers don’t have the confidence to breast-feed in public, they might feel shamed into feeding somewhere private but possibly unhygienic – like a public toilet cubicle or baby changing room.

Breast-feeding is a bodily function, and all bodily functions/body fluids have a taboo about them. That’s with good reason as we’re evolutionary preconditioned to consider them “disgusting” as they’re usually waste products, smell/look unpleasant and in some cases spread diseases.

Breast milk is one of the body fluids that’s none of those things, so any “disgust” towards breast-feeding/breast milk itself is irrational. Disgust is, however, a very powerful emotion and is used surprisingly often in politics and society to get us to act or think a certain way.

People might not consider breast-feeding a disgusting concept, but they probably do think that way about exposed breasts. Breasts have been conditioned (through the likes of Page 3) into not being seen as a functional part of female human anatomy but an erogenous zone – perhaps even exclusively for male pleasure.

I suppose technically-speaking the function is the very reason breasts are considered sexual in the first place. Pretend to be civilised and blame the patriarchy all you want, but it all comes down to the biology of reproductive fitness and sexual selection. At the end of the day, we’re all apes and subject to the laws of the jungle. That doesn’t mean any of that’s “right”, of course. Women aren’t solar-powered.

But it does mean that amongst the conservative and easily-disgusted, public breast-feeding is “dirty” as breasts are associated with sex (a private thing) and a body fluid is also in play. That doesn’t mean anyone has a right or moral obligation to stop mothers doing it.

With an awful lot of opinion pieces telling you how to be a parent, some mothers might feel guilty for not breast-feeding, preferring to use formula instead even when there’s no medical reason preventing them from breast-feeding.

Research from Ohio State University suggests that while breast-feeding is definitely beneficial, once things like socio-economic factors and cultural biases are taken out of consideration there’s no real difference between breast and bottle feeding over the longer-term.

So breast-feeding is more a“leg-up” for the child than something that’s medically essential.

In addition, a British Medical Journal survey of Scottish parents concluded that “idealistic” aims – like that of the WHO for babies to be exclusively breast-fed for 6 months – might be “unhelpful”, and a more tailored approach suited to individual mothers and their circumstances might be better. Further research needs to be done, however.

It boils down to pressurising mothers into doing something they don’t want to do, and not giving them a choice either way.

The Politics of Boobs

Breast-feeding is an under-reported part of public health and social justice policy. It has, however, been raised several times over the course of the National Assembly’s existence.

According to Office of National Statistics Infant Feeding Survey, in 2010 breast-feeding rates in Wales were the third lowest of the Home Nations (71%), and significantly lower than the UK average (81%) (table 2.1). Older mothers in Wales aged over 30 are also – surprisingly – much more likely to breast-feed (81%) than mothers under 20 (50%) (table 2.4).Welsh mothers also give up breast-feeding at a much faster rate that the UK average (table 2.15).

More importantly from a social justice perspective, Welsh breast-feeding rates were highest amongst mothers from managerial and professional backgrounds (85%) (table2.6) than those who’ve never worked (47%). This is also evident when the index of multiple deprivation comes into play, with the most deprived areas (60%) in Wales having lower breast-feeding rates than the less deprived areas (85%) (table 2.8).

So this is a class and education issue as much as one of health, and it might mean children from wealthier/more-privileged backgrounds are getting a “leg up” earlier on in life through something as innocuous as breast-feeding.

In terms of current Welsh Government policy, the Breastfeeding Welcome Scheme has been set up to recommend establishments (cafes, shops etc.) that are friendly towards or encourage breast-feeding. The registry listings by local health board area are available here. I’m pleased to say that Bridgend and Porthcawl are well represented on the list (pdf).

The Welsh Government also offers advice to employers as to their responsibilities towards breast-feeding employees and how they can help them.

EnglandandWaleslaw is clear. Public breast-feeding is not only completely legal but a protected right.

The Sex Discrimination Act 1975 originally protected public breast-feeding by making it illegal to deny any woman “goods, facilities or services” to the same level as a man.

This has been updated, with Section 17 of the Equalities Act 2010 explicitly stating that businesses, school & colleges, organisations and other public services are committing sex discrimination if they treat breast-feeding mothers “unfavourably”. It doesn’t extend to breast-feeding employees as far as I can tell, though as mentioned before, employers do have to take it into consideration.

Breast-feeding doesn’t qualify as indecent exposure either, the definition of which is public exposure of genitalia “with an intent to cause alarm or distress”. Breasts aren’t genitalia, and indecent exposure only applies to men. The Sexual Offences Act 2003 clearly states “hisgenitalia”.

So there’s nothing in the eyes of the law anyone can say or do to stop a mother breast-feeding wherever or whenever they want. There are still issues though that aren’t adequately cleared up and underline serious inadequacies in the Welsh devolution settlement.

I suppose this is what you were waiting for. Some of you might wonder why am I posting this under “independence” and “constitution” when the law – as it is – is clear cut?

Firstly, the current laws and rights are spread over several different pieces of legislation – it’s time that was tidied up. Secondly, there doesn’t appear to be anything specifically grantingwomen the right to breast-feed in public – it’s only implied, and prevents businesses from discriminating against women who are breastfeeding.

During the Third Assembly, former Plaid Cymru AM Nerys Evans proposed a Legislative Competence Order (LCO) to devolve powers relating to promotion of breastfeeding, including powers to make it an offence to prevent a mother breast-feeding in public. As it was a Member’s LCO that didn’t see the light of day, the powers were never explicitly devolved to Wales so were never included in Schedule 7 of the Government of Wales Act 2006 (which prior to 2017 listed what the Assembly could or couldn’t do).

So Wales can’t change the law in the same way Scotland has to guarantee mothers the right to breast-feed, or place duties on the Welsh Government to promote breast-feeding in an appropriate way.

I doubt there would be anything to stop the Welsh Government/AMs introducing a Scottish-style Breastfeeding Act if they wanted. It would just be at risk of another trip to the Supreme Court as the powers probably aren’t devolved.

You’ll probably agree this is a public health matter (which is devolved). Unsurprisingly though; equalities, civil liberties, employment rights (breast-feeding at work?) and human rights aren’t devolved matters – while this also sucks at the teet of the criminal justice system. To update the law on public breast-feeding in Wales, criminal justice and the legal jurisdiction will have to be devolved at a minimum….or there’s always independence.

So Wales could soon have powers over tax but not tits.

As for precisely what sort of things could be done with full powers over this:

I’d much rather live in a Wales where women are given a choice on such things – and properly informed to make the choice that suits them – without being judged, disadvantaged or shamed. Despite devolution we’re still not able to do that.