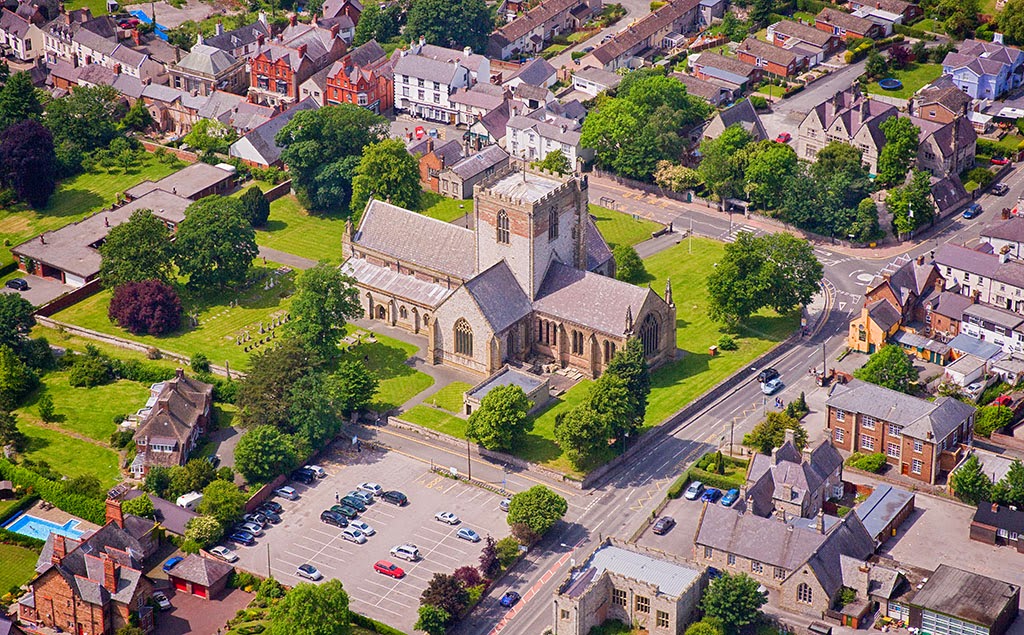 What makes a city anyway?

The truth is there’s no set definition, and different countries have different approaches. What we would consider in Wales to be a minor provincial town would be considered a city in the United States or Canada, for example.

I suppose it boils down to regional and historical importance. Once a town has expanded to such an extent that it “dominates”, or provides services for, a collection of smaller satellite towns and villages in a wider region, it’s probably earned the right to be called a city. But that doesn’t necessarily mean a city has to be a minimum size.

What would immediately spring to mind when a European thinks “city”(a very large, densely-populated urban area with a population in the high hundred thousands/millions) is actually a conurbation – a group of several large cities and towns that have merged into a single highly-urbanised region.

Great Britain and Ireland only have, at most, a dozen true metropolitan areas, like : Greater London, Glasgow, West Yorkshire, Greater Manchester, West Midlands, Merseyside, Tyne-Wear and Dublin. Each one of these areas is made up of metropolitan boroughs or individual city councils. Salford, within Greater Manchester, is itself a city, for example. Similarly Westminster and the City of London within Greater London.

You could probably count the Cardiff city region (Cardiff, Newport, Barry, Penarth, Valleys) as an emerging metropolitan area too.

How are cities chosen?

Traditionally, settlements in the UK which have a diocesan cathedral have had a right to call themselves a city for “time immemorial”. That’s why Bangor, St David’s and (now) St Asaph in Denbighshire are cities, but Wrexham – Wales’ largest town – isn’t. In fact, St Asaph was the anomaly in not being formally recognised as a city (though informally called such).

In 2002, Newport successfully became a city. In 2012, St Asaph acquired (formal) city status, while Wrexham’s bid fell on both occasions.

Granting a settlement city status via letters patent is one of the few executive powers retained by the monarch (based on recommendations from the Lord Chancellor’s Department). Such letters patent are usually issued to coincide with a celebration, normally a royal jubilee – though Swansea’s city status was granted off the back of the investiture of Chuck Windsor in 1969. No settlement can call itself a city without this royal proclamation.

This is why Rochester in Kent lost its city status in 1998 following local government reorganisation, as the former local authority held the city status, but it didn’t transfer to the new authority. This is something Welsh local authorities will have to keep in mind post-merger.

Why does city status matter?

It doesn’t really. There are no special rights granted to cities in the UK currently – except, perhaps, the City of London (which has a load of unique quirks relating to its governance) – and it’s unlikely that would change post-independence.

Cities are placed higher up the hierarchy of settlements and tend to be considered (psychologically)  more important than towns and villages, usually becoming a focal point for a regional/sub-regional economy and key public services.

Wales has many towns that are de facto cities, as well as many de jure cities that are only classed as such through flukes of history. It’s better, post-independence, to have a more rational system for designating cities that doesn’t rely on religious architecture or royal prerogatives.

Retain the existing system – Assuming Wales retains the monarch post-independence, city status would still be granted via letters patent, which randomises the process. Theoretically, any settlement could become a city, but the process would be slow.

A seat of local government/county town – It’s probably best to base this on the current 22 local authority system. Or, it might be appropriate to restrict city status to the largest settlement in a local authority. This method provides a nice geographical spread and has some surprising conclusions like Llandrindod Wells (Powys), Tonypandy (Rhondda Cynon Taf) and Usk (Monmouthshire). But it also means some significantly-sized towns like Neath, Llanelli and Cwmbran miss out.

A seat of local government and/or a diocesan cathedral – As above, but retaining the current historical diocesan cities like Bangor and St David’s.

A seat of local government and/or a diocesan cathedral and/or a university – Universities are the 21st century equivalent of cathedrals, and this option means Lampeter and Pontypridd would be included. Again, it provides a nice geographical spread. All in all, I’d say this is the best option.

Minimum population – For argument’s sake, 30,000 people (~1% of the population). Once local authority wards within a statistically-defined settlement reach this combined figure, the town/community council will have a right to call itself a city.

The problem with this is that it’s heavily skewed towards the south, as it’s unlikely many settlements outside south and north east Wales will realistically hit this figure, even though they have great regional importance – like Carmarthen or Aberystwyth. It also means current smaller cities would have their city status revoked (Bangor, St. David’s, St. Asaph).