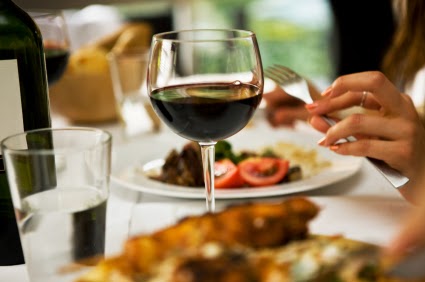 I completed these posts a few weeks ago, but had to edit them after reports from the Wales v England Six Nations game on 6thFebruary. The atmosphere before, during and after the game has been described, to varying degrees, as “unpleasant”, and calls have now been made for Friday night games at the Millennium Stadium to be banned.

I don’t know exactly what happened – the Western Mail has its own take on reports of disorder. The harsh fact is that these scenes aren’t uncommon in Cardiff (or other cities and towns) on Friday and Saturday nights – I’m sure most of us remember those infamous photos by Maciej Dakowicz a few years back which sent the Daily Mail into ethers.

It’s about time we faced up to the fact Wales might have a drinking problem.

Alcohols are a group of chemicals which have a wide-range of uses, though the type of alcohol people can drink is ethanol. One unit of alcohol is the equivalent of 10 millilitres (10ml) – or roughly one and a half teaspoons – of pure alcohol. It takes an average adult body one hour to process one unit.

According to the latest ONS statistics released last week (Table 11), in 2013, 56% of Welsh adults surveyed said they had drunk alcohol in the past week, and 6% said they had alcohol on at least 5 days that week. This is lower than the Great Britain average (58% and 11% respectively).

When it comes to the amount drunk, Wales fares reasonably well too. Amongst those who had drunk in the last week, on their heaviest drinking day:

So in terms of “binge drinking” – defined as drinking more than 8 units in a single session – Wales is below average, and it also appears Wales has more light drinkers or tee-totalers (21% of Welsh adults said they were teetotal) when compared to the rest of Great Britain.None of this detracts from the fact that, as a whole, the numbers are still relatively high when compared to the rest of Europe. One of the headline findings was that young people(16-24 year olds) are drinking less. That’s true (Table 9); only pensioners have a higher percentage of tee-totalers. But amongst those who drank in the past week (46-51% of respondents), the “binge drinking” rates were still highest amongst 16-24 year olds – around 30% said they had drunk more than 12 units on their heaviest drinking day, compared to the overall average of 16%.….and it’s right to say a fair few AMs have had issues with alcohol down the years. Even if they resolutely deny that a “drinking culture”exists in Cardiff Bay, they’re as bad as the rest of us.

Alcohol sales are restricted, but the rules regarding drinking alcohol are unnecessarily complicated.In the UK, you have to be 18 or over to purchase an alcoholic drink on its own. That’s straightforward enough.

But to have an alcoholic drink purchased on your behalf by an adult, that falls to 16 for beer, cider and wine when drunk with a meal.

In private, with adult supervision the drinking age is 5! So it would be (theoretically) legal to buy a bottle of whiskey and “leave it” for a 10 year old as long as they’re drinking it in their own home with your permission. Police do, however, have the power to confiscate alcohol from under-18s if drunk in a public place.

As part of the forthcoming Public Health Bill (Booze, Bans & Bogs), a minimum charge of 50p per unit of alcohol could be introduced in Wales. Recent research from Sheffield University on behalf of the Welsh Government (pdf) suggests minimum pricing would:

The Scottish Parliament passed a similar law in 2012, but due to legal challenges from Scottish whiskey producers – currently at the European Court of Justice – minimum pricing is yet to be formally introduced at time of posting this.

The responsibility for issuing licences rests with local authorities, though alcohol licensing is non-devolved and governed by Westminster legislation.There are three types of alcohol licence:

The fee for premises licences depends on the ratable value, and ranges from £100-635, with a multiplier for larger premises which can take the fee up to £1,905. Club licences don’t apply a multiplier. For events where tens of thousands of people are expected (i.e. stadiums, festivals, concert venues), the licence fee can rise up to £64,000. 24-hour licences were introduced (in 2005) under the Licensing Act 2003 with the stated aim of granting licenced premises more flexible opening hours to prevent public disorder during “chucking-out time” – traditionally 11pm for pubs and 1-2am for nightclubs. It hasn’t quite worked as intended. In March 2014 (Table 3), 74% (6,100) of 24-hour licences in EnglandandWales were held by supermarkets and hotels, and just 1,000 by pubs, bars and nightclubs.Despite these reforms, it’s said around 30 pubs close every week in EnglandandWales, and the reasons may well be:
Despite this, the number of personal licences rose by 33,700 between 2013 and 2014 across EnglandandWales. At a Welsh level, in March 2014 (Table 1) there were 12,889 licenced premises, 1,165 club licences and 32,627 personal licences. Rural areas – especially west and north west Wales – have a higher concentration of licenced premises than urban areas. This could be due to greater numbers of hotels and restaurants, or a greater number of small villages with a single pub. Nearly all of the venues subject to the highest alcohol licence fees are located in Cardiff (24) with only 7 located in the rest of Wales – 4 of those being in Swansea. Most club licences are issued in the south Wales valleys – in particular Caerphilly and Rhondda Cynon Taf – perhaps a legacy of working men’s institutes and proliferation of rugby clubs with their own bars.

Alcohol & Health (Part II)The daily recommended alcohol intake is no more than 3-4 units for men and 2-3 units for women.

Women are, generally, lighter than men and hold less body water. This means alcohol concentrations are often higher in women’s blood when compared to men, even if they’ve drunk the same amount. This will, of course, vary from person to person.

As said earlier, “binge drinking” is classed as drinking more than 8 units in a single session. I’m not going to pretend to be holier than thou – I’ve done the whole park bench with a flagon of White Lightning thing – but it does leave a lasting health and social impact.

According to Public Health Observatory Wales figures from 2014 (pdf):

I’ll go into the health impacts in more detail in Part II.

Alcohol & Crime Alcohol is, as you all know, a factor in violent crime – to such an extent that Cardiff University has a specialist unit researching alcohol-related violence.Some local authorities – including Bridgend – have introduced Designated Public Places, where alcohol consumption in public is banned. The police have the power to confiscate alcohol being drunk in these areas and/or issue fines of up to £500.According to Home Office statistics, during 2013-14 in EnglandandWales, 53% of all violent crimes were believed to have been committed by someone under the influence of alcohol (Table 5.01).

Other statistics show that a majority of violent assaults (woundings and assaults with or without injury) were believed to have been committed by drunks, while up to 40% of violent incidents in the home involved alcohol (Table 5.03).

The statistics also show (Table 4.16) that 35% of sexual assaults against women were believed to have been committed by drunks, while 29% of victims were themselves under the influence of alcohol.

The other major alcohol-related crime is drink-driving. In EnglandandWales the current limit is 80milligrams of alcohol per 100millilitres of blood (0.08% of blood volume), 35mg per 100ml of breath or 107mg per 100ml of urine – the highest limit in Europe.If an average man drank a mid-strength pint of beer in the hour before driving they would probably be at or just over the limit; but the only foolproof way to stay under the limit is not to drink and drive at all.

In December 2014, Scotland reduced their drink drive limit further to 50mg per 100ml of blood (0.05%) and 22mg per 100ml of breath, which is broadly in line with the Republic of Ireland and most of mainland Europe.

The declines are probably due to public information campaigns making drink-driving socially unacceptable behaviour, and a clamp down by police forces during peak periods like mid-summer and Christmas/New Year.

Despite this, as a proportion of all road accidents (Table 1), drink is a slightly greater factor in Wales (6%) compared to the rest of Great Britain (5%).

So it’s worth saying that, despite the devastating impact it can have, drink-driving is comparatively rare.

Also in 2013 (Table 10), the “hot spot” for failed breath tests was Anglesey, where 6.9% of breathalysed drivers failed, closely followed by Merthyr Tydfil (6.5%). The Gwent police force area seems to be something of a regional hot spot though, paradoxically, the lowest failure rates were in Newport (0.8%) and Torfaen (1.9%).

Across EnglandandWales (Table 1), significantly more men were breathalysed than women, and fail rates were also higher amongst men (8.3% men, 5.2% women). Most convictions for drink-driving were amongst those aged 30-39 (771 of 3,264), but were fairly evenly spread amongst other age groups – except the over-60s and under-18s where rates are considerably lower. You could therefore say drink-driving is a mainly middle age problem.

Part II will explore the economic, social and health impacts of the alcohol industry.