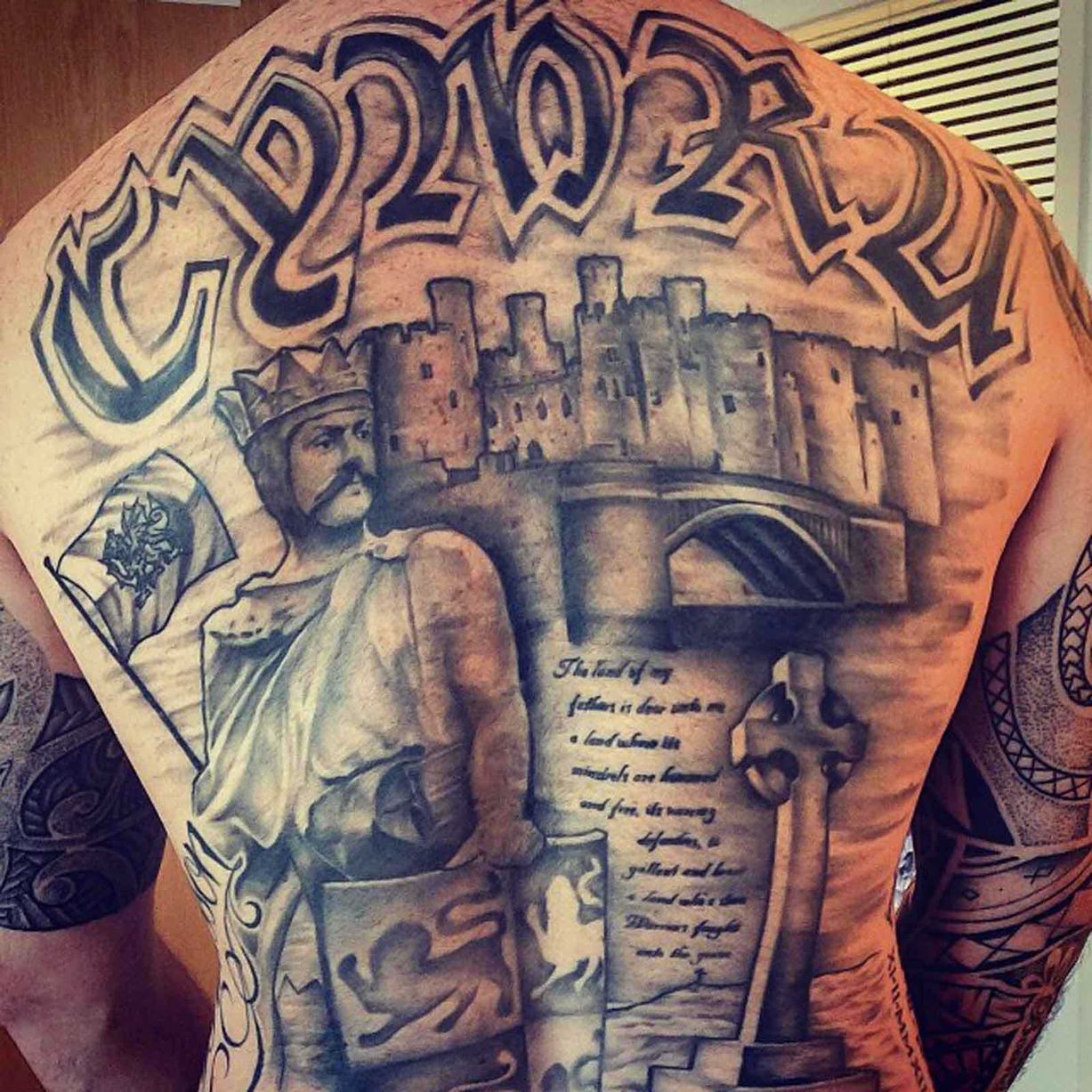 Tattoos and various “body modifications” have exploded in popularity over the last 10-15 years, and it now seems as though a sizable minority of people have one in some way, shape or form.As a metalhead, it’s part of the uniform and I see them so often they don’t even shock or surprise anymore. You’re probably more unique by not having a tattoo or multiple piercings than having them; Ozzy Osbourne of all people agrees. While the art itself is often impressive and body artists are incredibly skilled people, they’re not cool, they’re a cliché. But…. your body, your choice.

Now you might not think posts like this have anything to do with independence, but it treads into territory such as personal liberty, legal ages, licensing, environmental health and public health – some of which are considered above the pay grade of the devolved administrations.

Why do people get tattoos or body modifications?

It’s going to differ from person to person. I’ve already said it’s part of the uniform in certain subcultures. Others might simply be going through some sort of mid-life crisis. Some might want to show belonging, which is why tattoos are often popular/used to be popular in the military. Some might just like using their bodies as a canvas or want to mark something or someone important….though I’m sure you’re all aware of what they say about getting a partner’s name tattooed on you.

Tattoos originated as a form of tribal “badge”and is an ancient art form alongside most body modifications. In ancient China, aristocratic women had their feet bound in deliberately undersized shoes as a status symbol, while some cultures in east Africa famously use lip plates to determine a woman’s dowry.

Certain piercings can enhance sexual performance and pleasure – I don’t need to draw you any pictures – and there could be a gender identity element to it. Tattoos have traditionally been associated with masculinity in Western culture – though you’re just as likely to see women with tattoos, so that symbolism has changed. Meanwhile, most women have at least their ears pierced (no woman has to of course). Both could be considered a form of “peacocking”.

As far as I know there are no statistics on the number of people with tattoos, piercings or other body modifications in Wales. Figures in The Economist suggest around 27-28% of people have a tattoo, with no corresponding figures for piercings and other modifications. 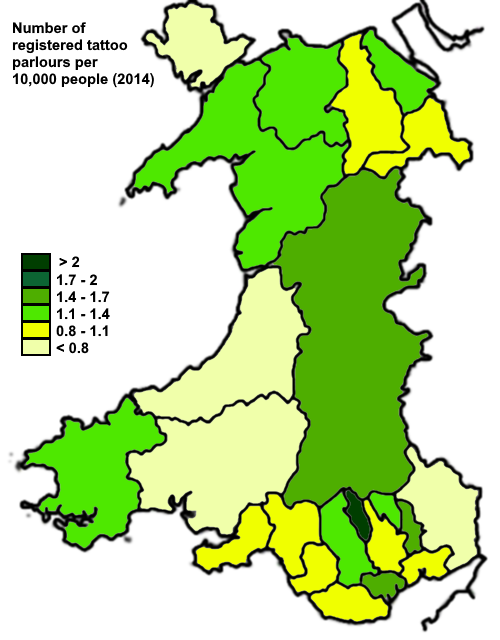 In terms of the “density” of tattoo parlours, south east Wales appears to have more of them. Merthyr Tydfil comes out on top with 2.7 registered parlours for every 10,000 people – which works out at about 16 in the county. Torfaen (1.6), Cardiff (1.4) and – somehow – Powys (1.4) follow. The lowest ratio was on Anglesey at just 0.3 parlours per 10,000 peopleThere’s probably a psychology paper in this to see if the density of tattoos and body art parlours is linked to post-industrial decline. Tattoos are, essentially, scars and it could – at a stretch – be considered a form of controlled violence (which is common in many cultures) or self-harm.

So thoses guys with tribal tattoos, too-tight pink polo shirt and steroid-assisted biceps could be a symbol of a crisis in masculinity….if you didn’t know already.

Needless to say, some tattoos will make you unemployable, particularly in public-facing services like the police who usually require that visible tattoos be covered up.

This is one of the issues that’s already being addressed in the National Assembly. The Public Health Act 2017  includes a number of measures on tattoos and piercings such as:
A licensing system is very different from regulating the industry itself. Licensing is more to ensure the people performing body modifications are doing it in a safe environment; it does nothing with relation the artists themselves.So despite the lasting impact getting a tattoo or body modification can have on a person, there’s no requirement to have undergone any formal training and anybody can, in theory, practice both. That should be scary, but it’s apparently not judging by the numbers of people who get them.

Of course in reality it’s not that simple – you wouldn’t last very long in the business if your work was crap or resulted in pus-ridden sores. So there’s an informal barrier to entry that boils down down to the raw talent of the body artist and their reputation; but they still have to start somewhere, and from what I know they usually start by selling tattoo designs and work their way up from there.

It can be a relatively well-paying job too. According to Careers Wales, a self-employed tattooist can earn £24,000 to £34,000 a year – plus there are numerous awards, trade shows and accreditation schemes for body art.

So the only major policy changes I can think of – considering body modifications are effectively cosmetic surgical procedures – is the introduction of a formal certification process for new body artists, probably backed by apprenticeship schemes overseen by further education colleges, which could be similar to those for hairdressers and beauticians. That could be done within current devolved powers, but I’m not sure.

We could also consider lowering the legal age to get a tattoo, and raising the age for non-intimate piercings – with the exception of the ears – to 16 (with parental consent).