It seems you can’t escape it nowadays: tits, arse and muff everywhere. Since the internet revolution we’ve entered what you could consider the“Golden Age of Pornography”….in terms of availability anyway. But there’s always a dark side and those unintended consequences present ongoing challenges to decision-makers and society generally.

There are estimates the global adult entertainment sector is worth $97billion – I’m not sure whether that includes strip clubs etc. – and there’ve been estimates that in the UK it’s worth £1billion.

Anyone wanting to run a sex shop or a sex cinema (which are effectively extinct) needs a licence from their local authority. There’s one notable exception to this; nearly all Ann Summers stores are run without a licence because they don’t sell restricted hardcore DVDs (I come back to this shortly) and mostly deal in lingerie.

To qualify for a licence, the licensee has to: be over 18, prove that they don’t employ anyone under the age of 18, be a UK resident, not have had a licence refused or withdrawn in the preceding 12 months and willing to properly control opening hours.

For any establishment where there’s a “live display of nudity” (i.e a strip club), a sexual entertainment licence is required – the qualification requirements are often the same as sex shops, but they’ll also need alcohol licenses (more here) and live music licenses.

Massage parlours fall under special treatment licenses, which cover things like electrolysis, tattoos, nails etc. I come back to what “actually happens” in massage parlours in Part IV, but selling sexual services under the guise of a legitimate business is actually a legal grey area and they’re rarely investigated.

For pornography itself, new regulations were introduced by the UK Government in 2014 – the Audiovisual Media Services Regulations.

Following the regulations, hardcore pornography (which was only legalised for public sale in the UK in 2000) is only available to buy on DVD with a BBFC R18 rating certificate and from a licensed sex shop . There are also unofficial methods of censorship such as age confirmation windows on websites or putting magazines on the top shelf.

R18 rated films could depict a large number of sex acts, with the only restrictions being on acts that: could cause injury, imply under-age sex, depict rape, humiliate or are otherwise extreme pornography (i.e. acts involving excretion and menstruation, necrophilia, bestiality).

A number of (otherwise comparatively tame or silly) consensual acts are banned. This includes things like face-sitting, verbal abuse, “spanking” and – somewhat bizarrely and misogynisticly – female ejaculation (because there’s lack of consensus on whether it’s urine or not). This led to protests outside the UK Houses of Parliament.

The problem is the regulations only apply to pornography produced in the UK itself, not that produced abroad. With the internet, the regulations are effectively moot – though the UK Government tried to clamp down by forcing Internet Service Providers (ISPs) to make customers opt out of adult content filters.

Then, in November 2016, they went one step further. As part of the Digital Economy Bill, the UK Government intend to ban/block all forms of “non-conventional pornography” – basically anything that wouldn’t meet a BBFC R18 certificate – regardless of whether it’s produced or hosted in the UK or not. Implementing the ban has so far proved a struggle.

One of the main criticisms against the proliferation of pornography is that it objectifies the subject – almost always women – reducing them to an instrument of sexual gratification.

The argument also goes that it creates unhealthy and unrealistic expectations of what sex is (which might put pressure on young people to do things they don’t want to do), causes body image issues, can contribute to eating disorders and can even damage sexual performance.

One study for the European Journal of Social Psychology in 2012 suggests that while both genders are equally guilty of objectification, women are more likely to be objectified as “parts” while men are more likely to be considered “as a whole”. This could be natural sexual selection or it could, indeed, be a result of sexual imagery in the media and pornography which is de-personalising women.

There’s also a more positive spin on this from sex-positive feminists. As said earlier, women consume pornography too, and pornography could be considered a form of empowerment and sexual freedom – women accepting their own sexual desires and using their own bodies the way they want to.

Pornography can be used as a litmus test for the prevailing moral attitudes of the time.

I mentioned the BBFC’s R18 rating guidelines, prohibited images and child pornography (Part II) earlier, but the Criminal Justice & Immigration Act 2008 outlines what’s otherwise counted as extreme pornography and, subsequently, a criminal offence to possess – carrying a prison sentence to up to three years. This includes images of sexual acts that either threaten someone’s life or are likely to result in serious injury  – insertion of a sharp object, for example.

It doesn’t stop there, as there are other sexual acts that are either taboo or – for want of a better description – instinctively disgusting to “a right-minded person” (aside from those already mentioned): bestiality, necrophilia, cannibalism, incest, depictions of rape, unstaged voyeurism, sex acts involving bodily functions.

In my opinion, the test as to whether something is obscene – and justifiably banned – is that as long as it’s between two obviously consenting adults that aren’t related to each other (or one consenting performer) and wouldn’t result in death or serious injury, then it’s a case of “whatever floats your boat” – no matter how disgusting or strange it might be.

I mean, it’s not against law to cover yourself in balloons….or have someone sit on your face….or stick your private parts into a vacuum cleaner….or dress up as football mascots and rub yourself up….or cover yourself in jam….or get fisted up to the elbow (Empress Theresa doesn’t want you filming it though)….

It will be very difficult, if not impossible, to eliminate pornography and erotica; even in places where pornography is formally illegal (like Iceland) the laws are rarely enforced. I’m not sure there’s a will to do so either except at the conservative fringes of left and right politics. Nonetheless, there are some policy options an independent Wales could consider.

Regulation of the Sex Industry

I realise that was a bit “Exclusive: Straight man has no problem seeing naked women”, but Part IV addresses what’s probably going to be the most controversial part of this – prostitution. 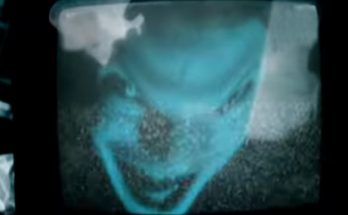 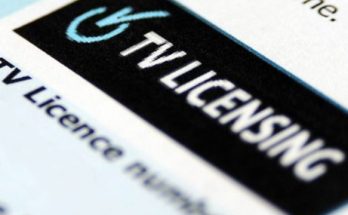