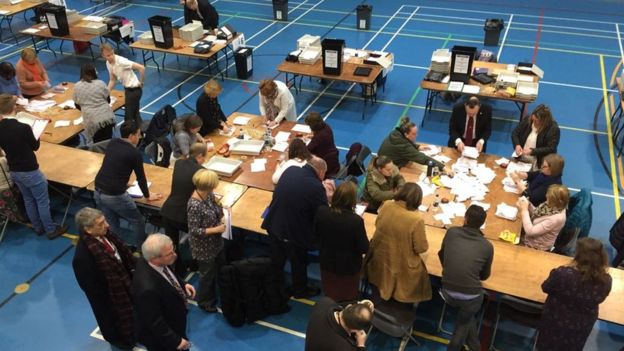 The by-election for the vacant Senedd constituency seat of Alyn & Deeside was held yesterday.

As expected, Jack Sargeant succeeds his father in pretty emphatic style and becomes the youngest-ever Assembly Member at the age of 23. The result and scale of his victory were never in any real doubt considering the circumstances. I’m sure his father would’ve been proud.

Also as expected his “closest” challenger was the Conservatives, who managed a sizable increase in their vote share without troubling Labour. Considering there was no UKIP candidate, you perhaps would’ve expected their votes to go to the Tories but clearly a sizable chunk (if they even bothered to turn out) will have gone to Labour.

There’s a mini-recovery for the Lib Dems. Third place and a retained deposit is a good result all in all and perhaps exceeds expectations. Is it a Brexit backlash, or just a good local candidate?

I know you can’t read too much into by-elections – particularly ones held under circumstances such as these – but Plaid Cymru will be disappointed to have not at least secured third and having only been a few hundred votes away from a lost deposit. I said last time that Alyn & Deeside isn’t the most Plaid-friendly place in the country, but there really shouldn’t be any “no-go” areas for the party now.

Finally, the Greens finish in a familiar place and there’s little you can add to that. Another £500 down the drain.

What does this mean?

Firstly, the turnout. At 29% it was in line with my expectations and considering the cold weather and the fact Alyn & Deeside only averages ~35% turnout in Welsh General Elections, it’s relatively “good”.

It’s ironic the by-election took place on the 100th anniversary of women’s suffrage, but we can expect more chuntering about compulsory voting and alike when what the public really need is something to vote for in the first place and to believe their vote actually counts – elections can’t be run on sentiment alone.

Politically, nothing’s changed – the composition of the Senedd is the same and thanks to the support of Kirsty Williams and Dafydd Elis-Thomas there’s still a majority Labour-led government.

Emotionally and behind the scenes though this does pose a few problems for Labour and the First Minister.

In some respects, Carwyn Jones was damned either way. If Labour lost a safe seat like this there would’ve been calls for his resignation. Instead, he can look forward to sharing a workplace with the son of the man whose treatment by him is being independently investigated.

When the by-election was called, I doubt I was the only person expecting Cllr. Bernie Attridge to be selected – which would’ve been equally uncomfortable for the First Minister and might’ve been far more predictable; Carwyn would’ve been out within weeks as I doubt Cllr. Attridge would’ve held back.

We don’t know what’s going to happen with Jack yet. Considering the circumstances and his age he’s been incredibly composed.

He said he was going to Cardiff Bay to “fight for justice”, but I can picture Labour backbenchers trying to dissuade him from rocking the boat too much for the sake of party unity, while his father’s closest friends and colleagues might egg him on to get answers or get other AMs to do things by using his surname.

Apart from a brief flare-up over the Wales Live hustings, you have to note the dignified way under which this by-election has been campaigned in what will have been incredibly difficult circumstances for everyone involved – not least Jack Sargeant.

I wish him well and hope he gets the answers, closure and justice his family, friends and father deserve.