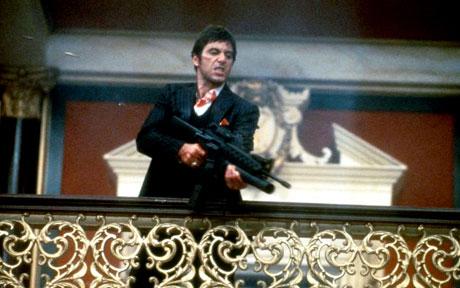 Wales isn’t known as being a hotbed for gun crime, but nevertheless the issue of gun control is a very controversial topic and perhaps isn’t as open-and-shut as we would like to think.

Guns have been used for centuries, and not just in wars, but in sport shooting, hunting and by farmers to protect livestock and crops from predators and pests.

There are several UK laws governing the registration and use of firearms, some of which date back more than 100 years. Although the UK, and Wales, have relatively low levels of gun-related crime when compared globally, the most recent modification to gun laws followed the 1987 Hungerford massacre and the 1996 Dunblane massacre.

Over the course of the 20th century, firearms became more restricted. The core bits of legislation are the Firearms Act 1968 and the 1988 and 1997 amendments.

There are numerous criminal offences relating to firearms – too many to list here – though even with some of the strictest firearms laws in the world, it hasn’t prevented gun crime in the UK or Wales. According to the ONS, in 2013, most gun crime in EnglandandWales involved air weapons and imitation firearms which have, presumably, been converted into active guns. The good news is that gun crime has been on a fairly rapid downward trend; knife crime is probably a bigger threat.

Other statistics also, unsurprisingly, show that the vast majority of gun crimes occur in major metropolitan areas (Merseyside, London, Manchester etc.) and the majority of victims are men aged between 15-29. Although the majority of firearms offenders were white (66%), the share of Asian (17%) and black (15%) offenders are significantly greater than their share of the population (8% and 3% respectively).

However, amazingly, in 2013-14 – across the whole of EnglandandWales – the police actually used firearms just TWICE, and only 25 times in total since 2008-09.

In December 2015, the Law Commission published their conclusions into a review of firearms laws (pdf), making recommendations such as:

How many privately-owned guns are there in Wales? According to ONS statstics in 2014/15 (xls), the four Welsh police forces recorded:
These figures suggest there’s a total of 130,547 privately-owned guns in Wales, or 4,266 guns per 100,000 people. That means Wales has low rates of gun ownership when compared globally (4.2 per 100 people compared to the global average of 10.2 in 2014). The rate in the United States is 112,600 guns per 100,000 people…. yes you read that correctly.I have no formal evidence to back this up, but I’m going to assume that gun ownership is directly proportional to the number of farmers or agricultural workers in a region. High rates of gun ownership are common in European countries with low population densities and large tracts of rural land – like France, Sweden and Norway. Right or Risk?

Several countries grant a right to, or even obligate, ordinary citizens to bear arms:

A similar right was included within the (English) Bill of Rights 1689, but it only extended to Protestants. The UK now has some of the most restrictive gun laws in the world and, as explained earlier, you now need quite exceptional circumstances to own anything more powerful than a shotgun.Unlike knifes (and some multi-functional swords), guns have few other purposes than to kill. The only exception to that would be things like flare guns, paintball guns and stun guns in abattoirs. Shooting is also, as mentioned earlier, an Olympic sport and recreational activity in its own right without targeting anything living. It some parts of Wales it’s a money-spinner.The Conservatives and Plaid Cymru have issued statements supporting recreational and occupational shooting – not surprising considering their rural heartlands – though as far as I can tell neither have called for any relaxation of existing gun laws. There’s even an Assembly Cross Party Group on (I’m not making this up) “Shooting and Conservation“ – presumably emulating that great conservationist Phil Mountbatten?

I also wouldn’t be surprised if the several AMs whose families run farms are firearms licence holders themselves.

Although they don’t support American-style gun laws, UKIP have called for the restrictions introduced on handguns after the Dunblane massacre to be lifted. What a nice bunch, eh?

Gun laws have to balance rights (I wouldn’t go as far as calling gun ownership a “right”, more a desire) with responsibilities.

My liberal instincts are that the vast majority of people who need a gun or want to take up sport shooting will use them lawfully and correctly. The state’s role is not to block anyone owning a gun, but to: firstly, ensure members of the public think long and hard about why they want one in the first place; secondly to ensure only “fit and proper” people are allowed to own them; and thirdly ensure the guns available to them aren’t any more powerful than they would otherwise need.

What could an independent Wales do with gun laws? Here are some ideas: