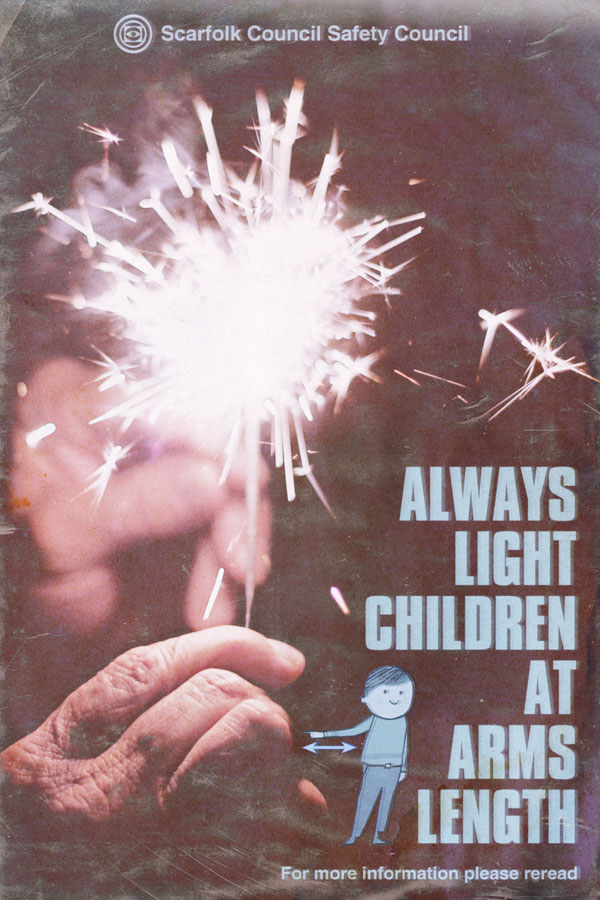 It was only fit to pick this date to address another issue regarding public policy and independence – pyrotechnics.

On paper, giving everyone access to low grade explosives isn’t the best idea – but fireworks come in different types, ranging from the sort of fireworks you can use in a back garden to more professional display-quality pyrotechnics.

As long as you know what you’re doing, fireworks are “relatively” safe; I’m sure those of us of a certain age remember Hale and Pace telling us what to do and not to do. You’re still better off going to an organised display though. Many are organised by county and community councils and are often free to attend.

Fireworks seriously injure people every year. As far as I know there are no Wales-only statistics on this, but it’s said around 1,000 people are treated in the UK for fireworks-related injuries annually and about 50 of those cases will be classed as “serious”. Occasionally, people will die. There’s also a very real risk posed to animals, some of which may go into a shock-like state when exposed to loud bangs and explosions – though I’ve had dogs that have both been both bothered by fireworks and don’t care.

The fireworks market in the UK is small (and presumably even smaller at a Welsh level) with total spending of around £15million a year. It’s much bigger in other countries, with anecdotal evidence suggesting the Dutch are the most enthusiastic users of fireworks in Europe. They’ve also endured the biggest tragedies – the most infamous being the Enschede disaster in 2000, which killed 23 people and injured almost 1,000.

Although they might be fun to watch, they’re still a nuisance and fireworks are a major source of anti-social behaviour – there’ve been reports of fireworks being used as missiles to attack the emergency services in Newport and Cardiff over the last fortnight. This is despite changes to the law in the last few decades, which I’ll come to next.

The latest piece of legislation governing the use of fireworks were the Fireworks Regulations 2004. These categorise four different types of fireworks. With the exception of Category 4, every type of firework undergoes testting to determine which category it should belong to:

Banned fireworks – Smaller, hand-held fireworks like firecrackers and bangers were banned in 1997, as were “erratic flight” fireworks. There are on-off arguments as to whether Chinese lanterns should be banned, with some Welsh local authorities already banning them – including Bridgend.

Who counts as a“fireworks professional”? – There’s no single definition of this and that’s a little worrying. It usually means someone whose business involves pyrotechnics or is related to it (i.e. a theatre special effects professional), in addition to having public liability insurance cover worth £5-10million. There’s no single accredited course in pyrotechnics, but there are a number that are equally recognised.

Sale and storage of fireworks – You need a licence (usually from a local authority) to store a significant quantity of fireworks, but you only need a license to sell fireworks if you’re selling them outside of the calendar restrictions (i.e to trade). There’s official advice on how fireworks should be stored (usually in a locked display cabinet) but I’m not sure whether this is a mandatory requirement or not.

Age restrictions – Nobody under the age of 18 can buy fireworks or be in possession of them in a public place.

Local restrictions on use – There’s a blanket ban on use of fireworks between 11pm and 7am, except on “celebration days” like Guy Fawkes Night, Diwali, Chinese New Year and New Year’s Day where the cut off time is extended to midnight or 1am. Local councils are allowed to make their own bylaws in this area AFAIK. You also can’t set them off in the street.

Calendar restrictions on sale – You can only buy fireworks for private use at certain times of the year: the weeks preceding 5th November, the week preceding New Year’s Day and a few days before Diwali and Chinese New Year.

Illegal sale or use of fireworks – The penalty is a fine of up to £5,000 or 6 months imprisonment.

Until Jayne Bryant AM’s (Lab, Newport West) question at Tuesday’s FMQs, I don’t think the issue of fireworks had been brought up in the Assembly, but the answer from the First Minister confirmed what I’d already suspected.

I don’t know whether the Assembly has powers over sale and use of fireworks, or whether it will in the future. The current draft of the Wales Bill doesn’t explicitly reserve powers over the sale or regulation of fireworks (which implies the powers will be devolved), but at the same time consumer protection and criminal justice – which cross over into this area – will be reserved.I ain’t no expert or ponderous academic me, but that does suggest the Wales Bill is a little bit crap, innit.

Independence would provide certainty over the powers, of course. As for what a future Senedd could do, unless it wanted to keep things as they are it would probably require a new Fireworks Act, which could include (via regulations):