When Theresa May decided to call a snap general election following an Easter walk in Snowdonia, far from the air clearing her head, she must’ve spent that holiday sniffing exhaust fumes. 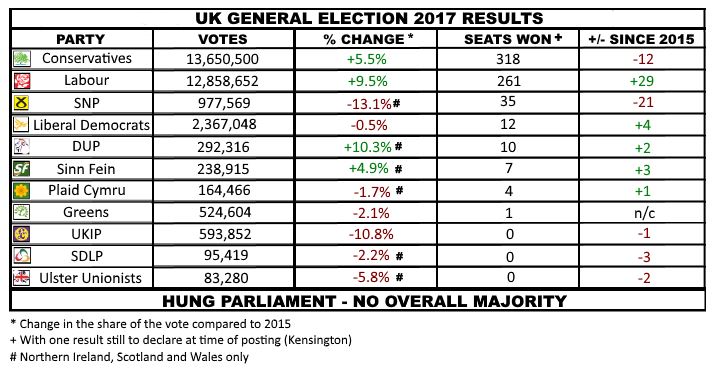 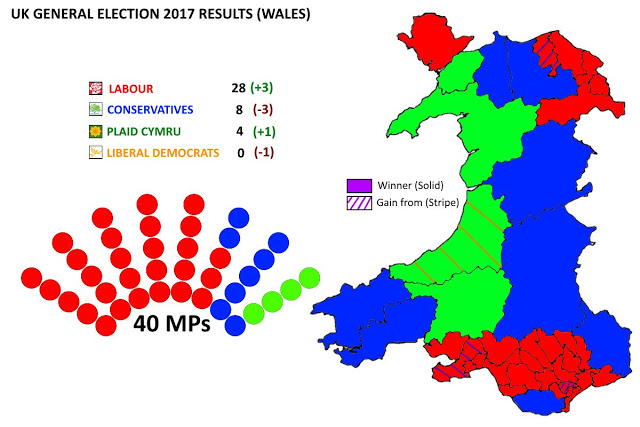 On 7th May, after the local elections, I said this on the Conservative’s performance:

“I wouldn’t read too much into it of course, but based on this, June’s election is actually looking like being pretty boring in Wales.”

And it was. While the result across the whole UK was dramatic, in Wales normal service has resumed. That early poll which showed a big Tory lead was clearly an outlier or just underlines how poor their campaign’s been since then.

The only thing that comes close to a “shock result” in Wales – based on how the polls were towards the end – was Plaid Cymru gaining Ceredigion from the Lib Dems, meaning for the first time in 150+ years there’ll be no Liberal representation from Wales at Westminster.

A comprehensive victory for Labour; we’re a marginal seat no more. As to why? It’s clear that while the UKIP vote probably went to the Conservatives in the main, Labour picked up tactical votes from the smaller parties – and you can see by how hard the Lib Dem and Plaid vote were hit that it probably ensured Madeline Moon’s victory. Turnout was also pushing 70% – much higher than usual.

More than 90% of the vote went to two parties so, like many other places, everyone but Labour and the Conservatives were squeezed, resulting in four lost deposits. The irony is it’s Plaid’s best finish in a Westminster election in Bridgend, but one of their worst in terms of share of the vote.

A strong Labour hold – no shocks there. Like Bridgend, it’s likely Plaid and Lib Dem voters went to Labour, while UKIP votes went to the Tories – so both saw surges. It’s the highest share of the vote for Labour since 1997.

The Conservatives can, arguably, be quite pleased with their performance – getting more than 25% of the vote in a seat like Ogmore, and beating off Plaid Cymru quite comprehensively, is a decent result. It’s their biggest share of the vote since 1959.

Pyrrhic victories all round!

In this election every party can claim some measure of success but with a heavy cost. The exception is UKIP, who have nothing to smile about today as a “Hard Brexit” is now looking like being taken off the table and they slide into political irrelevance, finishing toe to toe with the Greens across the UK as a whole.