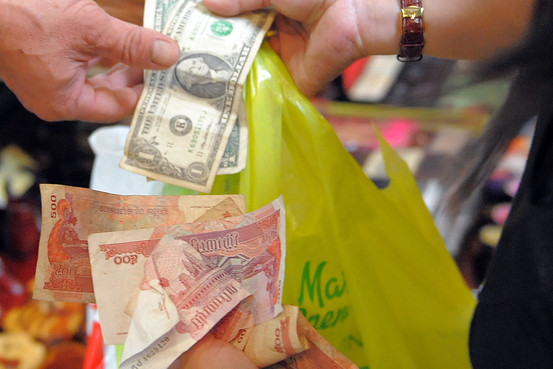 What’s the most commonly used currency in the world? The US dollar. So you don’t actually need to have a monetary union or even be part of a specific nation to use its currency.

Currency substitution (aka. “dollarization”) is when a nation uses a foreign currency as legal tender but without a formal currency union.

It usually happens as a result of instability in a nation’s economy or a period of upheaval, particularly hyperinflation. For example, both Venezuela and Zimbabwe have adopted the US dollar as a substitute currency due to runaway inflation and collapse in confidence in their domestic currencies.

There are no formal requirements. There’s nothing in international law that says a nation can’t use the currency of another nation as legal tender as they’re all traded globally.

In the build up to the 2014 referendum, the Scottish Fiscal Working Group didn’t consider substitution a valid option. Alex Salmond raised the possibility of Scotland unilaterally adopting the pound should the UK Government block a formal currency union – but a monetary policy briefing claimed (pdf – p10):

“….countries that informally use another currency….are usually small states
which rely heavily on trade or larger countries with poor economic management”.

That doesn’t necessarily apply to Scotland, but you could argue to a certain extent that it applies to Wales, in the same way as the Irish Free State.

For trade reasons, familiarity, financial service integration and convenience, the pound is the best option, though the euro shouldn’t be completely discounted.

More stable than going it alone – Wales wouldn’t have to go through the circus of devising a new currency, sorting out currency reserves, establishing a central bank; all of it would be done for us in the same way as a formal currency union. It would provide some confidence to business and the public that they can carry on as usual and there would be some short-term certainty.

We won’t be formally tied to England’s monetary policy – Everything would be unofficial and we would have the opportunity to set our own policies. We probably won’t have to comply with any fiscal stability agreement (meaning we would be able to run up larger deficits), we would have more freedom to set tax rates and we could rewrite pretty much all financial regulations. The only things that would remain the same as in England are interest rates, exchange rates, inflation (probably) and the currency itself.

We might not have to take on any of the UK’s national debt – This is, admittedly, a shaky argument and isn’t necessarily an advantage. Theoretically, we could walk away from it and start with a blank slate because if the currency isn’t considered a shared asset of the United Kingdom, then neither would the national debt. Starting with a clean slate would theoretically save Wales up to £1.6billion a year in debt interest payments but, as I’ll come to next, when it comes to borrowing to cover budget deficits we would find ourselves with some serious problems.

No say, no control – It’s one thing simply saying “use the pound”, it’s another thing entirely to do so without any input into monetary policy. It’s true Wales would be out-voted in a pound currency union as well, but at least we would be able to argue for having a seat at the table when the big decisions are made. Under “Sterlingisation”, we wouldn’t even have that and the fate of Wales’ monetary system and, subsequently, a big chunk of our economic future, would be decided by a foreign central bank – and we won’t even be able to hold out the begging bowl if things went wrong because….

No lender of last resort – This would be a huge problem. Even with our own central bank, Wales wouldn’t be able to provide additional money/liquidity during a crisis as we would be entirely dependent on money already in circulation from the Bank of England. The good thing is that as Wales lacks big financial institutions the likelihood of needing a bailout is slim, but it also means that instead of printing more money to ease the burden during a crisis, the government would either have to raise taxes or borrow more.

Wales could find borrowing difficult – Markets like certainty. Tthe absence of a central bank to provide liquidity could lead to rising bond yields, a lower credit rating and pressure to cut public spending or raise taxes.

If Wales decided to keep the pound, and no agreement could be reached with the English government or Bank of England on a monetary union prior to independence day, then unilaterally adopting either the pound (or euro) is a realistic option.

The key benefit is that, on the surface, things would continue unchanged – which may provide some certainty for a couple of years and it would certainly promote fiscal discipline by a Welsh government. The problems lying below the surface are significant, and in the end, Wales would eventually have to choose another option anyway – whether a formal currency union or establishing our own currency.

Currency substitution therefore should not be seen as the first option, but an option of last resort once all others have been either dismissed, delayed or ruled out.

Part IV considers whether Wales could join the euro? 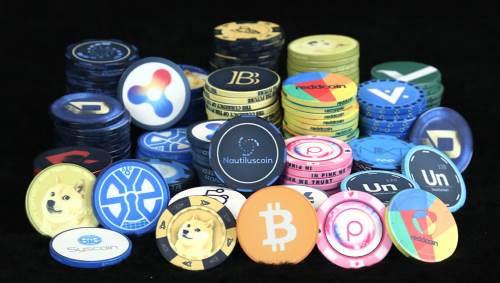 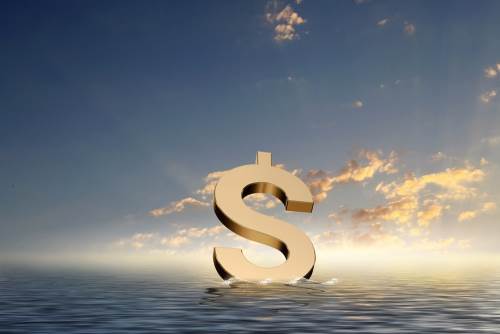