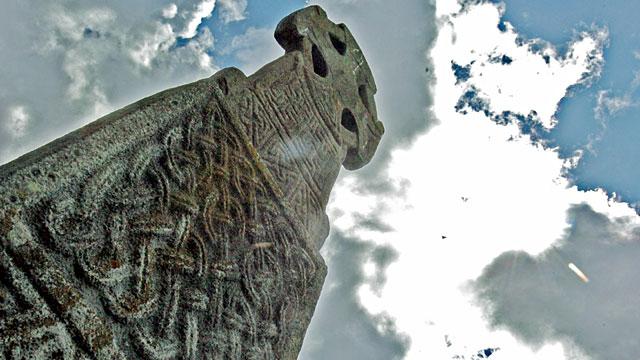 This three-part miniseries is a follow-up to April’s examination of equalities issues and Welsh independence, this time looking at the role of faith, organised religion and religious freedom in an independent Wales, as well as how to deal with both religious and political extremism. 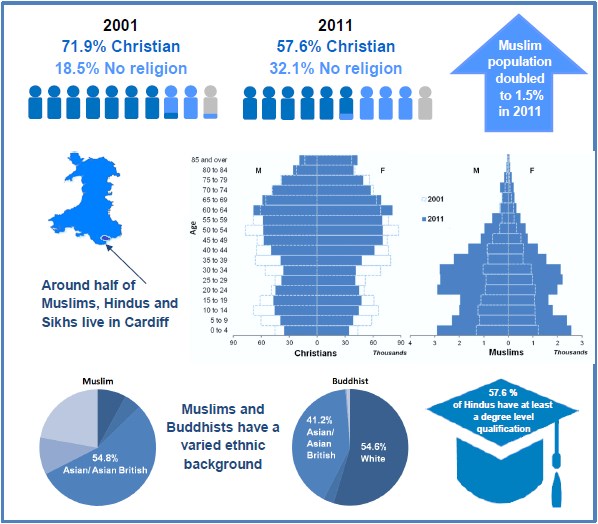 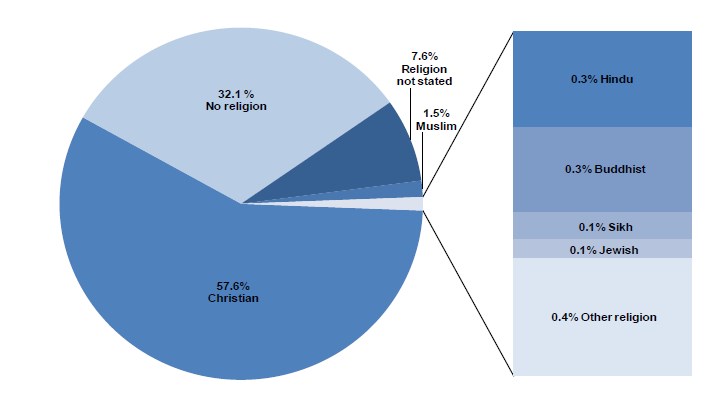 The census also found that while people who practised and identified with non-Christian faiths had increased, when compared to England they remain small proportions of the Welsh population.

The numbers of Hindus and Buddhists had also doubled since 2001. Despite this, adherents to religions other than Christianity and Islam (Hindus, Jews, Buddhists, Sikhs, Others) made up just 1.2% of the Welsh population combined.

There are two major umbrella organisations for religious groups in Wales.

Secondly, there’s the Inter-Faith Council for Wales, which fosters dialogue and interaction between different faith groups. They also play an advisory (perhaps controversial) role on faith in the National Curriculum and devolved policy.

There are smaller organisations for minority faiths too such as the Muslim Council of Wales, Hindu Cultural Association, Sikh Council, Pagan Federation etc.

The changing nature of Christianity in Wales

Wales was among the first Christian nations of western Europe, converting around the 2nd/3rd centuries. Some of the major religious leaders in Wales at the time attained sainthood – David, Illtud, Teilo, Padarn, Asaph etc.

For most of its history, Wales was a Catholic country, but the translation of the Bible into Welsh by William Morgan in 1588 not only helped the survival of the Welsh language (after the Laws in Wales Acts effectively outlawed it in public life) but also enabled a faster uptake of Protestantism.

In the 18th Century, something important (and perhaps unique to Wales) happened. An evangelical Methodist movement spread and Wales became a nation of dissenters – Protestants who weren’t happy with the established church (aka. Nonconformists).

Nonconformist denominations (Baptists, Independents, Congregationalists, Wesleyans, Quakers, Unitarians) became the Church of the predominantly Welsh-speaking and increasingly radicalised working class, while the Church of England was the church of the Anglicised establishment. Nonconformist chapels set the bedrock for the Welsh education system and the “rural radicalism” it fostered helped make the Liberal Party the dominant party in Wales for decades.

Due to the influence of Nonconformism, the Church of England was disestablished in 1920.

As society changed through the twentieth century, particularly the waning influence of “the chapel” on community life, Nonconformism lost its impact despite a brief flaring into life around 1904-1905.

There are very few hard figures for the number of worshipers of particular Christian denominations, but I did manage to find something. According to this 2015 Church Statistics report (pdf), here are some of the congregational figures (and changes between 2005-2010):

The report also said there were just over 4,000 churches in Wales in 2010, and in 2017 it was said around 20 churches close each year in Wales, blamed on falling congregations.

This is a sign that practising Christians might be shrinking in number, but they’re “going more hardcore” by being drawn towards more fundamentalist/evangelical denominations led by relatively young, active and charismatic leaders.

There aren’t any figures for the number of Jehovah’s Witnesses or Mormons in Wales, but I would be surprised if there were more than 5,000-6,000.

Is Wales still a “Christian nation”?

Like Northern Ireland and Scotland, Wales doesn’t have an established (state) church – this is the situation in most of the world; the likes of England are an exception, not the rule. So technically, Wales hasn’t been a “Christian nation” for the best part of 100 years and is already secular.

At the rate of decline, Christians are likely to be a minority in Wales (if still a large self-identifying group) by the middle of the century, if not earlier.

It’s a cliche, but the only times most us will have any interaction with organised religion are Christenings, weddings and funerals; but the experience of the majority doesn’t mean that the minority – for whom organised religion may well be an important part of their lives – don’t count and don’t deserve to have their due rights respected.

It would be accurate to describe Wales as a secular nation, but one that’s “Culturally Christian”. Our public holidays are, in the main, still shaped around the Anglican and Catholic calendar, while the vast majority of people reading this will still celebrate Christmas and Easter without being church-goers.

Similarly, you can appreciate the ethics or moral code of Christianity/Jesus Christ without interpreting it literally or believing the Bible is “The Word of God” – the Ten Commandments (in addition to The Golden Rule: “Treat others as you would like to be treated”) are mostly solid rules to live by, sometimes literally, sometimes as metaphor (and you can happily ignore Leviticus).

What does a person’s religion tell us about their personal characteristics in Wales?

Faith schools have key differences from state schools. The obvious one is that they often place more emphasis on religion in their compulsory and non-compulsory curriculum and are allowed to be partly selective, with children who adhere to a faith or denomination being a priority for admission over non-believers (particularly if a school is over-subscribed).

Faith schools, generally, perform better on average in exams – but this could be because of the background of the pupils (due to the partly-selective nature) rather than the school itself.

Religious education (RE/RS) is a compulsory part of the National Curriculum for all pupils until the age of 16 (and has to be taken as at least a short course at GCSE). There have been proposals for the subject to be reformed to cover more philosophy and ethics and less religious belief and practice – this could yet form part of the new National Curriculum, due to be introduced in Wales in the 2020s.

It’s also a legal requirement for schools to undertake a daily act of worship “of a broadly Christian nature”, with school inspectors often marking down schools which are unable to do this. There have been calls for this requirement to be scrapped – even a petition to the Senedd – though the Church in Wales has argued that the relative unpopularity of the requirement is because the act of worship isn’t approached in the right way.

In 2016/17 (xls), there were 123 recorded incidents of hate crimes based on the victim’s religion – near enough the same as the previous year – and accounting for 2.1% of all recorded religious hate crime incidents in EnglandandWales, which is smaller than our proportional population share (~5-6%).

The vast majority of incidents (90) were in the South Wales police area, though while you would’ve expected Gwent – as a more urbanised, multicultural part of Wales – to be next, it actually had the lowest number of recorded incidents at just 7.

When compared to race, disability, sexuality and gender identity, there doesn’t appear that much of a problem in Wales when it comes to religiously-motivated hate crime, but it does happen and might be under-reported.

It’s also unclear which religions or denominations are targeted. There’s very little history of (Christian) sectarianism in Wales, so it’s likely to be either targeted at someone practising a specific religion (Islam would be the obvious candidate) or sectarianism within a non-Christian faith (i.e. Sunni vs Shia vs Ahmadi).

It’s also unclear how race is conflated with religion; as I recently covered, there were different attitudes amongst the Welsh towards Asians as a group (more positive) when compared to Muslims (more negative). 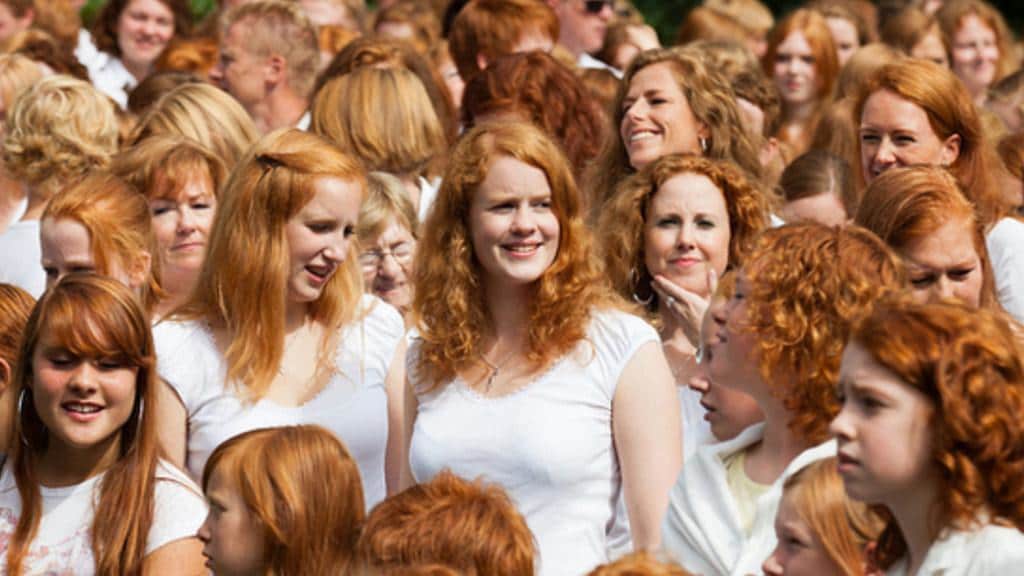 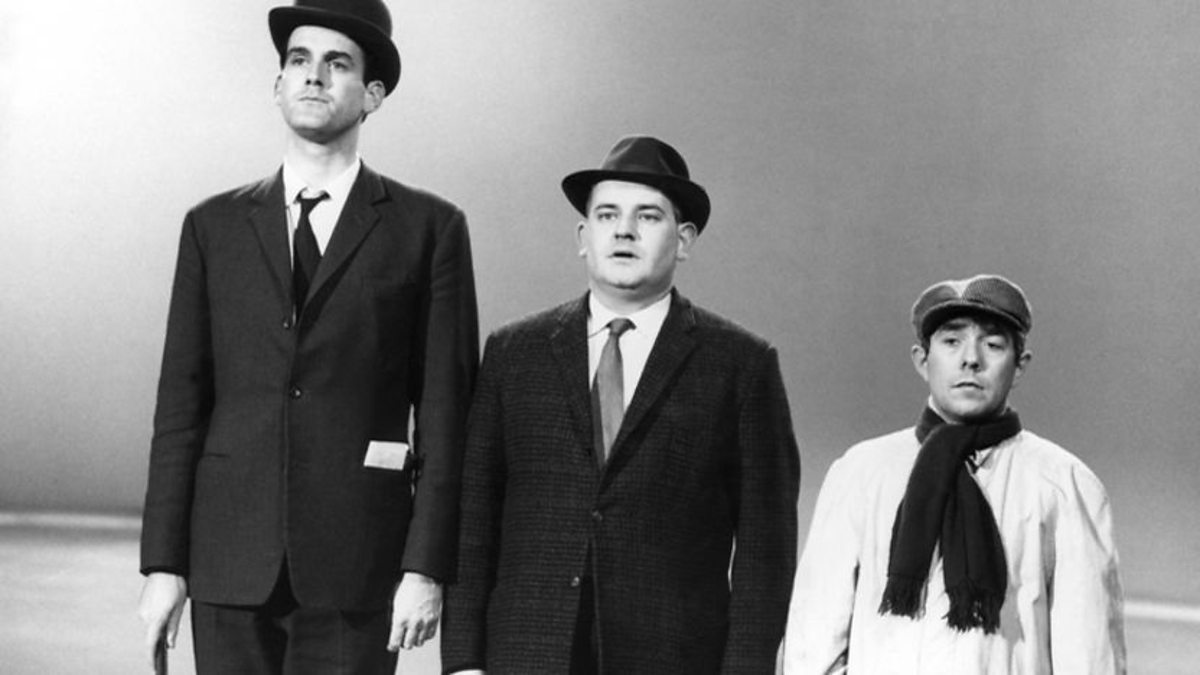