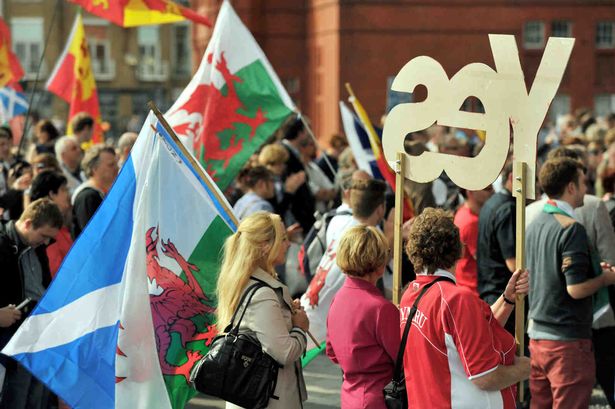 If you’re reading this, you’re either curious about independence or one of the faithful. Stop and ask yourselves, “How do we define independence for other people?”

You could argue that the very word “independence” has long been off-limits for senior Welsh nationalists. Even now you get the sense many are reluctant to say it because there’s something terrifying about “independence”. It’s too scary for people to think about. It’s a diversion and an unattainable dream. It marks you out as a political extremist.

Maybe that’s not the case anymore, but for the time being it’s still a minority sport. However, it’s meant that down the years we’ve seen euphemisms, word substitutions and alternative descriptions of what’s often a very black-and-white issue.

What makes a nation independent?

Some of the things you would associate with independence aren’t necessarily so.

Taiwan isn’t a member of the UN, while the likes of the Vatican City and Palestine only have observer status. The Sovereign Military Order of Malta doesn’t even have land, but maintains diplomatic relations and has observer status at the UN too.

Likewise, non-independent territories and dependencies can issue their own currencies or have independent sporting teams.

So what are some of the sure-fire signs a nation is independent?

Devolution – A sovereign, independent nation-state delegates certain policies and responsibilities to a sub-nation or region. The central state retains authority and can ignore, repeal or dismiss any devolved government, laws or legislature as and when it sees fit. It should be considered a system of “loaned powers” that can be taken away at any time.

Devo-Max – An enhanced form of devolution with additional powers, particularly full control of taxation and other forms of finance to support devolved services and policies.

Federalism – A union where its member states are self-governing in most policy areas. However, they can’t be dissolved by the central government without a formal constitutional process.

Confederalism – A union where fully self-governing states have voluntarily come together to form a single nation-state.

Country/Nation – Nations can be independent (UK) or not independent (Wales, Scotland, Catalonia etc.). Being a nation or a country doesn’t make it independent by itself, it needs something else.

Autonomy/Self-government/Self-determination/Empowerment – Devolved regions/nations, federal and confederal states are all self-governing; none of them is independent. Self-government is worthless if you’re not the one deciding what powers you should have.

Crown Dependency/Dominion Status – An early 20th-century throwback to what we now call Devo Max, but with an added Royal twist. Essentially, the Dominion controls all domestic policies with the exception of foreign affairs, defence and the crown (sometimes currency too and they can usually issue their own notes and coins). Think of it as “half-independence”.

Home Rule – It could mean anything from devolution to federalism to Dominion status. What it doesn’t mean is independence.

Sovereignty – A nation having supreme authority over its own territory. Sovereignty is something you get from independence but doesn’t mean independence at all. For example, member states of a confederation (or multi-national organisations like the EU) are sovereign yet still decide to share power voluntarily.

Europe of the Regions – Advocating a federal Europe with every region/autonomous area being a member state. The idea is as good as dead.

Independence in Europe – I’ve always understood this as meaning Wales becoming an EU member state or EEA member state in our own right. This would require becoming independent prior to it and also would require ceding some powers/sovereignty to a multi-national organisation.

Independence – Wales being recognised internationally as in sole control over its land, resources, borders and territorial waters. England becomes as foreign to Wales as France or Spain. Nation-states are countries which have achieved independence.

I support – and I assume everyone in and supporting Yes Cymru does too – either Welsh independence or Independence in Europe.