The result of the UK parliamentary by-election for Brecon & Radnorshire was announced earlier this morning.

Turnout was just under a rather respectable 60%, which for a by-election in the middle of summer is relatively high. 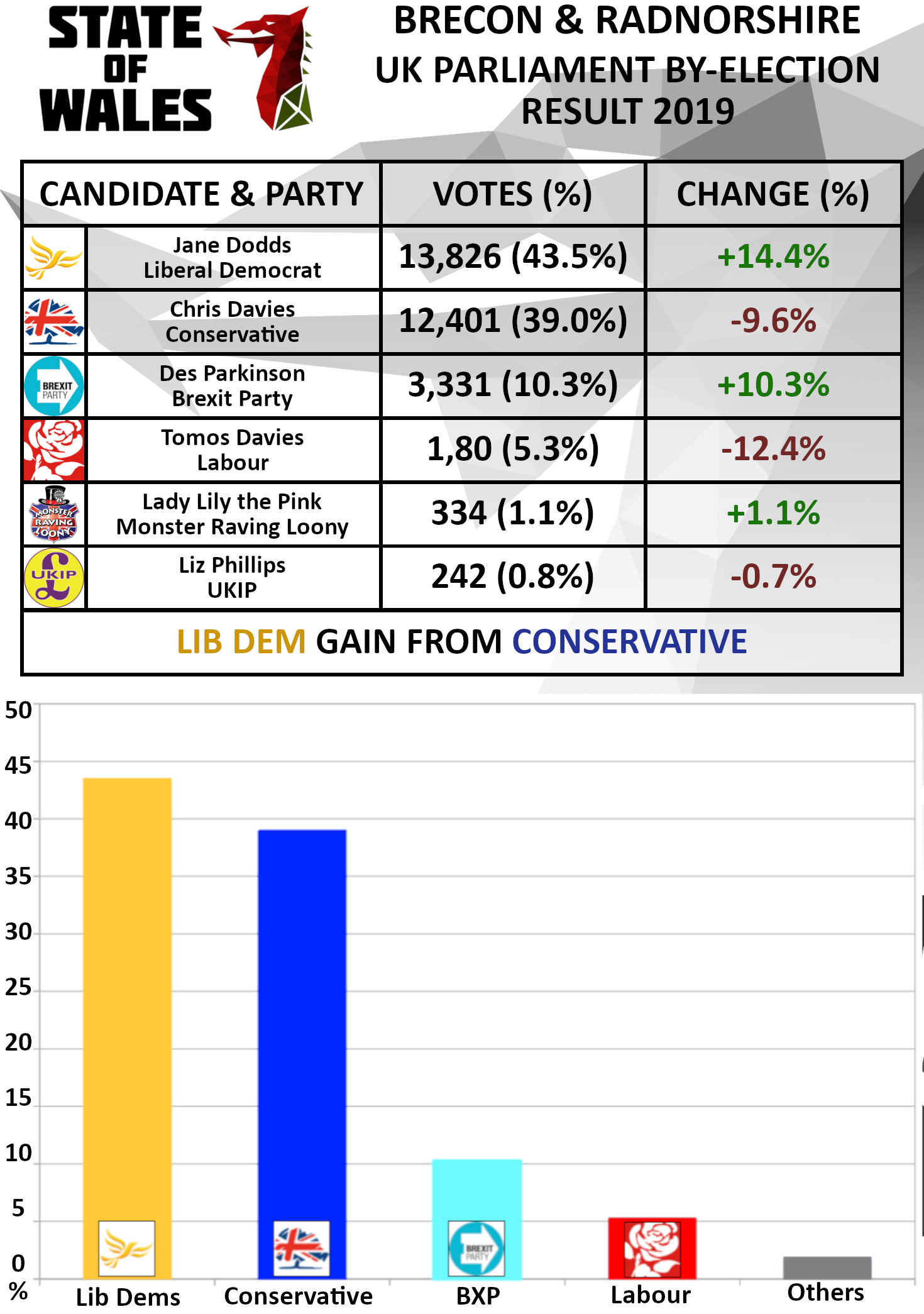 There are several talking points.

In one way this is a historic result as it’s the first time an incumbent MP has lost their seat after contesting a recall by-election. Also, Jane Dodds’ election means there’s now the highest ever number of women MPs in parliament (211).

There was little doubt the Lib Dems were the frontrunners – and they now have a crucial platform to work from ahead of the 2021 Welsh general election – but it was a close result in the end. The decision of Plaid Cymru and the Greens (who normally get around 5-6% of the vote between them) not to run genuinely made a difference. Whether this “Remain Alliance” gets used at the next UK general election depends on whether Brexit happens before or after it; I suspect the odds of an early election have increased but such an alliance will be redundant should the UK leave anyway.

The Conservative vote held up fairly well all things considered. Using the same mental gymnastics as the European election, you can say there’s a pro-Leave majority in the seat, who now have Remain MP representing them largely because of the Brexit Party.

If this was an attempt by Nigel Farage Ltd to hold the Tories hostage to ensure the UK leaves in October then it’s probably the least smart way to go about it considering Chris Davies was very firmly on the Leave side of the Tory party. Boris Johnson now has a majority of 1 to work with and anything could happen over the coming few weeks and months for him to lose it.

The Brexit Party underperformed. I was expecting a close challenge for second place, but a distant third and barely scraping into double figures (percentage-wise) in a Leave area isn’t anything to sing about. This suggests there may have been a Leave swing away from BXP to the Tories since Boris Johnson became Prime Minister. Will the Brexit Party even be around by the next election? Probably, but they need to be about something more than Brexit.

Both the high turnout in the by-election and the recall petition suggests many people weren’t willing to give Chris Davies a second chance for fiddling his expenses – so Brexit might not have been as high up the electorate’s agenda as people might like it to be.

It’s an atrocious result for Labour; their worst ever result in the Brecon & Radnorshire constituency as far as I can tell. There was quite a lot of tactical voting for the Lib Dems (possibly BXP too), but even during years where there’s a close result between the Tories and Lib Dems, Labour is still capable of picking up 15% or so of the vote. I don’t think you can read too much into this regarding recent dire polling for the party, but it may hint at it having an element of truth.

Last but not least, it pleases me greatly that voters chose the pink over the stink. What a shocker. 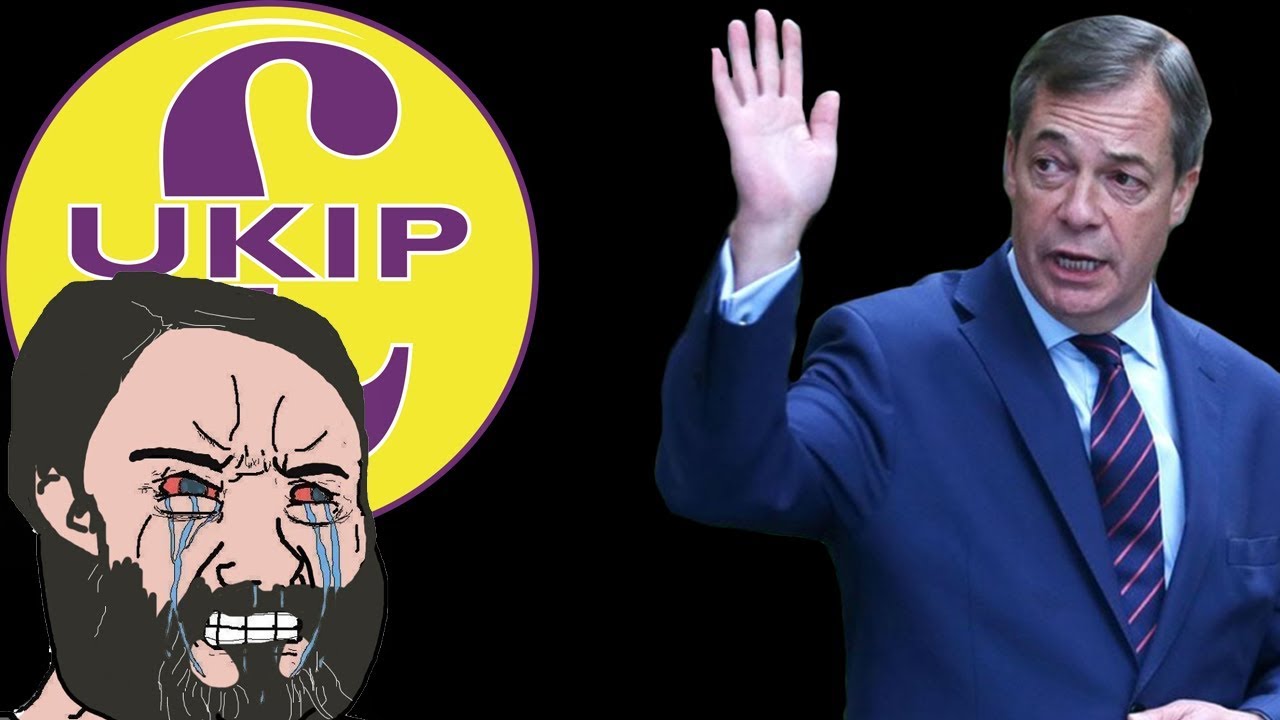