Last but not least, here’s a look at some of the possible permutations regarding independence and what we might be watching and listening to.

Issues relating to infrastructure are likely to be addressed long before independence despite the prerequisite powers remaining non-devolved. Nonetheless, the Welsh Government, to their credit, have made access to superfast broadband a policy priority when, by rights, they didn’t need to.

Internet access as a Constitutional right – In any future written Welsh Constitution, we could include a clause which would guarantee that the state maintains a certain standard of person-to-person communications by post as well as online. This would mean the government can’t disrupt the internet and has to ensure that everyone can access the internet (such as at public libraries or public wi-fi if they don’t have access at home). Several nations, or their courts, have already declared or enacted policies  which effectively make internet access a basic right including France, Estonia and Greece.

Taller masts & public ownership of transmitters – As mentioned previously, the Welsh Government is set to relax planning conditions relating to phone masts, but we could go the whole hog and allow even taller masts of 50m+ as many other mountainous nations have done. It’s almost certain that the transmitter network will need to be nationalised after independence, for security reasons more than anything else, and a publicly-owned not-for-profit could be established to take over from Arqiva.

Give people control over their data – Some moves have already been made in this area (GDPR etc), but we could give people a Constitutional right to have control over data specifically about themselves as individuals held by public agencies and third parties (with a few exceptions such as national security).

Skip 4G and move straight to 5G? – This is an issue that’s cropped up in the Senedd over the last few months; should the Welsh Government focus on stealing a march on 5G internet (ultrafast mobile/wi fi) instead of continuing to move forward with 4G? 5G is being rolled out in Cardiff and there’s the potential for 5G emitters to be installed on LED street lights, though this has lead to many conspiracy theories similar to those about mobile phone masts in the 1990s and 00s.

Advanced digital skills in the curriculum – Wales has a mixed record here. According to a 2019 Lloyds digital skills survey (pdf – p20), only 6% of people in Wales over the age of 15 couldn’t do what is described as the seven foundation tasks (basic tech skills like connecting to wi-fi). This was the lowest proportion anywhere in the UK. However, Wales has a fairly high proportion (17%) of people claiming welfare who are “digitally disengaged” and only 41% of people (pdf – p37) have essential digital skills for work – which is below the UK average of 47%. The Welsh Government are taking digital skills seriously and they’re due to be included as a cross-curricular skill within the new National Curriculum, adding to initiatives like Coding Clubs. The question is whether this should focus on the everyday practical digital skills that everyone uses, or whether it should start to cover more advanced topics. The debate has already started on whether GCSE exams should switch to paperless.

Wales On The Air: The Future of Welsh Radio 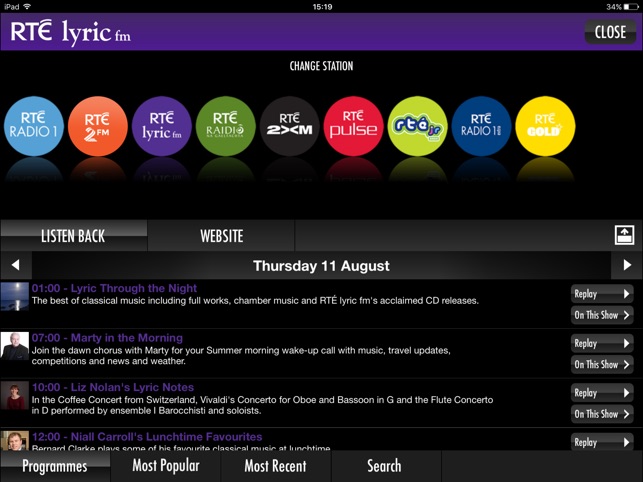 Radio has adapted relatively seamlessly to the internet, offering streaming services during a time when TV companies remained suspicious and the public moved towards using computers and mobile devices in place of traditional radios. Radio maintains a level of popularity as people will always seek out music, want to be entertained whilst on the move/working or have something on in the background.

Radio has multiple advantages over other forms of media. It’s relatively cheap to produce whilst still being “live”. You also don’t have to wait for printing or editing and the costs of running a radio station – in the age of the internet – are peanuts compared to producing television, film or a print publication.

The main issues, as I see it, surround things like licensing, the plurality ownership and trying to find the right fit for radio in any Welsh broadcasting policy.

At the moment, Wales is divided into two major licence areas for “localness”: South Wales, and Mid & North Wales. So the first thing to do would be to introduce a single national licence for Wales instead of the regional split. This could be combined with local licences focused on the existing multiplex areas.

There’s also a case for a commercial or not-for-profit national Welsh-language radio station to provide competition to Radio Cymru. Welsh language artists, for example, need to rely on more than just one station, local stations or S4C for their own sake.

There are examples of such services elsewhere. Raidió Rí-Rá in the Republic of Ireland (Part IX) is independent of public broadcaster RTÉ (whose equivalent of Radio Cymru is Raidió na Gaeltachta) and broadcasts 24-hours a day in Irish, focusing on international and domestic pop music and aimed primarily at younger audiences.

As it’s relatively easy to set up a radio station over the internet, the barrier to entry is beginning to come down and internet radio might be a decent option for community radio stations to consider if they can’t make the jump to DAB. Trials of small scale DAB multiplexes are another option and such trials would be essential in my view (to protect community, hospital and local radio) before there’s a wholesale DAB switchover. Reintroducing a grant scheme or an equity scheme to cover the cost of DAB switchover by smaller community radio stations will probably have to happen within the next few years, independence or not.

Hospital and university radio stations could also perhaps be granted licences or financial support to broaden their broadcasting reach beyond their immediate areas, becoming community radio stations by default.

What could happen to radio networks after independence?

As long as they meet any criteria or licence conditions laid down by a Welsh media regulator, then it’s likely commercial, local and community radio stations would continue to broadcast in Wales relatively unchanged – probably with stricter guidelines for national and local news and sport opt-outs only.

For PSB radio stations there are a few options:

If we were to go down the latter route, it could look something like this:

Like many of RTÉ stations, these could be run as digital-only or time-shared services (which would reduce costs significantly).

As for a definition of “bilingual” (for both radio and television), for argument’s sake it could mean for every two hours of English language programming, there’s at least one hour of either exclusively Welsh language programming or programming in both Welsh and English (which would be in line with the Cymraeg 2050 policy of aiming for a third of the population to speak Welsh). Instead of switching programme-by-programme from one language to the other, it could probably be done via extended multi-hour blocks of English, Welsh or bilingual programming at certain times every day with the timing of the blocks changing week-to-week.  As mentioned previously concerning television, people speaking Welsh should be subtitled not dubbed and that could mainstream the use of Welsh and blur the lines between Welsh and English language content.

Wales On The Box: The Future of Welsh Television

The broader question here is whether traditional TV channels have a future. If we pursued a “digital-first” strategy (Part XIIa), then the development of a world-class on-demand PSB service for streaming devices and smart TV should be the priority. “Channels” as we currently know them would probably be obsolete or reduced in importance and a “channel” could be nothing more than a dedicated hub or section within an on-demand service.

In the longer-term, once the technology allows for it, there’s the potential for people to effectively create and customise TV channels – creating a schedule (whether one day or one week) then using a drag and drop system to mix on-demand programming with live programming.

Netflix’s Bandersnatch also gives us an idea of where drama is heading – interactive television shows and movies with multiple endings and leaving viewers to decide what should happen next. That could wed traditional broadcasting with gaming (Part VIII) and in Wales Interactive we do have a company with some experience of producing interactive films.

However, the traditional linear broadcasting TV stations will likely stay with us for the time being as it just about remains the most popular way to consume media – but its importance will gradually fade.

As said previously, it wouldn’t surprise me if they effectively became a glorified highlights reel of what might’ve been released on-demand weeks or even months earlier. This would be combined with serialised shows (which can’t be released on-demand, like soap operas), news, current affairs programming and live events – particularly sport. Essentially, repeats and programming that requires a certain level of “immediate coverage”.

Much like radio (above), the broad options are likely to be federalisation of the BBC or the establishment of a group of Welsh PSB television stations. As for how the latter could look:

What about commercial TV broadcasters?

As long as they meet any licencing requirements set down by a Media Commissioner (Part X) then, in principle, there’s no reason why they couldn’t broadcast in an independent Wales. That means (in terms of the current offer) ITV, Channel 4, Channel 5, UKTV, Sky etc. shouldn’t be affected (though they may have to have more Welsh opt-outs as required). Maybe electronic programme guides will look different and Welsh PSB channels will have different names, but fundamentally there would be no barriers.

As mentioned in Part VII, Sky and Freesat are relatively popular in Wales and if we were looking in the longer term to establish a stand-alone commercial operator for the Channel 3 licence, Sky might be interested in the same way Virgin Media (which has a lot of customers in the Republic of Ireland) took over Ireland’s TV3 licence.

The Next Generation of the Welsh Media

A Film Academy? – The film and TV school at the University of South Wales could be considered a de facto film academy, though given Wales’ relatively small size it might be worth developing – in partnership with various film agencies (like BAFTA Cymru) and the industry itself – a “behind the camera” counterpart to the “in front of the camera” Royal Welsh College of Music and Drama with full coordination between the two.

A Games Academy? – On the same principle as above, instead of having a half dozen courses at difference centres, is it worth creating one single world-class centre for the next generation of games developers. Economically and creatively it would be as important as any measures to develop film and TV.

Community Access Radio & TV – I mentioned above about potentially having a radio station focused on minority groups and a region-based television station – whether online/on-demand only or a digital terrestrial channel. This would be similar to Local TV, but could operate via a form of open access (similar to public access in the United States. It could also be opened up for organisations or individuals (such as Youtubers) to produce their own television programmes and apply for a broadcast slot. This could potentially lead to things like live coverage of local sports fixtures, local history and cultural programming (i.e. from local religious groups who perhaps don’t get much coverage, like Sikhs) and could provide an additional avenue to broadcast local government meetings or simulcast with local radio stations. 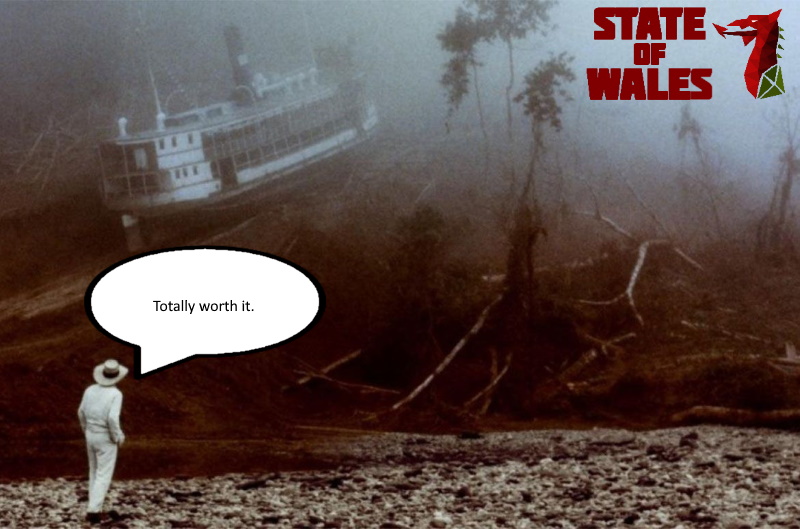 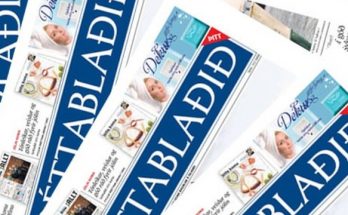