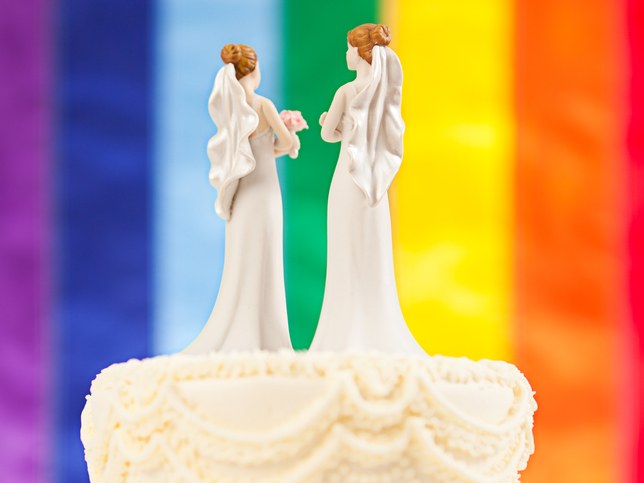 This might seems a strange subject to focus on considering that same-sex marriage equality has been legalised in Great Britain, but it might not quite be as equal to opposite-sex marriage as we might think.

I want to try and get what could be derogatorily called “isshoos” posts (identity politics, equalities) out of the way so I can concentrate on “meaty”/heavier matters that need more focus and pre-planning.

I intend to dedicate the whole of the April 2018 update to equalities. However, as I looked at this separately on Oggy Bloggy Ogwr – just before the Marriage (Same Sex Couples) Act 2013 was introduced at Westminster – I’ve decided to come back it.

The only part of the UK where same-sex marriage isn’t legal is Northern Ireland due to the complicated religious and political situation there.

Neither committed Catholics (though republicans in Northern Ireland tend to support same-sex marriage) or evangelical Protestants (DUP etc.) are known to be favourable towards same-sex marriage for religious reasons: firstly, that interpretations of the Bible state that homosexuality is a sin and secondly that marriage is defined as between a man and a woman.

Upon independence, all laws that currently apply to Wales would be carried over and remain in force – that includes the Marriage Act 2013 and its associated regulations/orders.

So same-sex marriage would remain legal and fully recognised in an independent Wales on its current terms and any further terms that are added to it between now and independence.

There are some issues that need to be addressed.

Firstly, there’s some legal ambiguity over the bereavement rights of the widows/widowers in same-sex marriages. A 2017 UK Supreme Court ruling in favour of same-sex couples having the same survivor pension benefit rights as heterosexual couples should have cleared this up, but it may require new legislation (which is likely to happen before independence anyway).

Then there’s the religious element (as mentioned earlier). The Church in Wales has been a bit more progressive than other Christian denominations in actively considering allowing same-sex couples to at the very receive a blessing after a civil marriage ceremony, but they’re still not close to authorising same-sex marriages via a religious ceremony.

In the eyes of the law, state and Welsh Constitution, same-sex marriage should be completely equal to opposite-sex marriage.

To protect religious freedoms, however, it should still be down to individual denominations and faiths whether they wish to recognise same-sex marriage as a religious ceremony/sacrament.

The civil ceremony and civil recognition can’t be affected by any religious opposition and religious organisations should not be able to discriminate against anyone who’s entered into a same-sex marriage. If they don’t recognise the marriage, they would still have to recognise the individual as if they were never married – this guarantee could be included in the Welsh Constitution.

A new Marriage Act would treat heterosexual and same-sex marriages on completely equal terms and in ways that might benefit opposite-sex couples too. This could include: