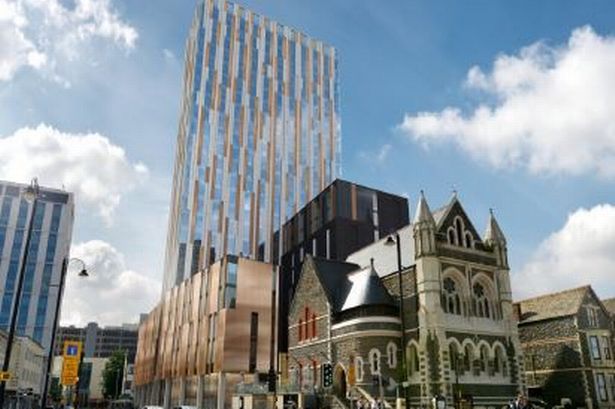 If there’s one thing you will have noticed in Cardiff (and to a lesser extent Swansea) over the last five years or so it’s an explosion in either the conversion of existing building into, or construction of new, bespoke student flats.

According to Wales Online, as of October 2017, there were 21 separate student housing developments, while 7,000 additional flats in total were either open or actively under construction in Cardiff, with several schemes added since.

A similar mini-boom in Swansea has seen around 1,500 flats added – mainly through the Bay Campus development – though more are expected to be added as part of city centre regeneration projects and the opening of Trinity St Davids Campus at SA1.

Money, greed whatever you want to call it.

Student apartments like the high-rise ones being built in Cardiff are a cash cow. They often charge market-rate or near market rents of upwards of £350-400 a month per person (often higher than average student rents in the city) in part because the costs of building 20 storeys plus is so high that money has to be recouped somehow.

In order to justify these rents, many developers have added features such as luxury lounges, all-inclusive high-speed broadband and utilities, cinema rooms and private gyms.

At the same time, they don’t have to comply with strict residential planning conditions as normal apartments: they’re allowed to be smaller, don’t have to meet parking space requirements, don’t require big Section 106 contributions. All this makes them much cheaper to build in city centres than other types of development.

Overseas (non-EU) students are like a blank cheque to universities. They pay higher tuition fees, usually come from wealthier backgrounds than home-grown students and, particularly in the far-east, receive a better education at school.

In addition, moving students into bespoke apartments frees up shared houses to be rented out to families and bring in additional council tax income (full-time students are exempt). So there may be a financial incentive for Swansea and Cardiff councils to approve student apartments in order to make “studentville” districts like Cathays and Roath more family-friendly and help meet the expected demand for family housing.

Who’s paying for this?

The money for rent could be coming from parents – who would much rather see their children live in a serviced apartment and have a semblance of independence than living in a shared flat or house akin to The Young Ones, where they might be more easily distracted from their studies.

Students could also be taking on more up-front debt to pay for their living costs; the National Union of Students (NUS – pdf) has claimed that the cost of student accommodation has risen 18% in two years while student financial support has remained static.

In Wales, student support is due to change with the introduction of a flat £1,000 a year grant plus a means-tested maintenance loan of up to £11,250 a year depending on where you study. While this may well enable students to afford these new apartments, it’s also front-loading a lot of debt as it doesn’t include the cost of tuition fees.

Then there’s the case of students working part-time to top up or supplement their grant and loan income, but this is likely to be more difficult for those studying intensive courses with a 9-5 day like STEM subjects, medicine, dentistry, nursing etc.

Is there a bubble developing?

Based on the rate at which new planning applications are being submitted, you would think there wasn’t, but there are a number of problems on the horizon and early signs that the bubble is starting to deflate rather than burst.

First of all, the number of people starting university is falling, but it’s more pronounced amongst non-EU students. Numbers fell by 16.2% in 2015-16 and when you consider that these are often the big spenders it’s going to not only hit the student accommodation builders/landlords but the universities too with an expected drop in income of up to £60million.

A more rigid post-Brexit immigration system for students may see further falls as foreign students are put off studying in Wales.

Secondly, the fish aren’t taking the bait. Two student accommodation developments in Cardiff have applied to let to non-students due to a lack of uptake. There’s a lot of competition for students which should, by the rules of the market, lead to a drop in rents but that isn’t happening yet because these flats have been marketed as an investment with guaranteed rates of return.

I don’t believe the bubble will “burst” because there will always be a market for this kind of development – if not for students then single young professionals.

What we might also see, however, is an under-occupancy which forces developers to let empty rooms in order to fill them in non-traditional ways, including to short-term lets like Airbnb, low-income singles (who are often a low priority for housing associations), the homeless and other groups that might otherwise struggle to find housing like discharged military personnel and newly-released prisoners.

These build ’em quick, stack ’em high shoebox flats might provide a long-term solution to homelessness but, as always, when using these construction techniques there’s a risk of developing “slums of the future”. 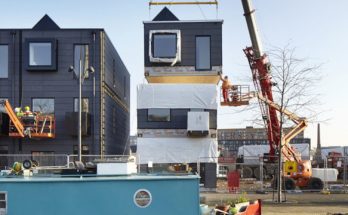 Radical Wales: A Home For Everyone