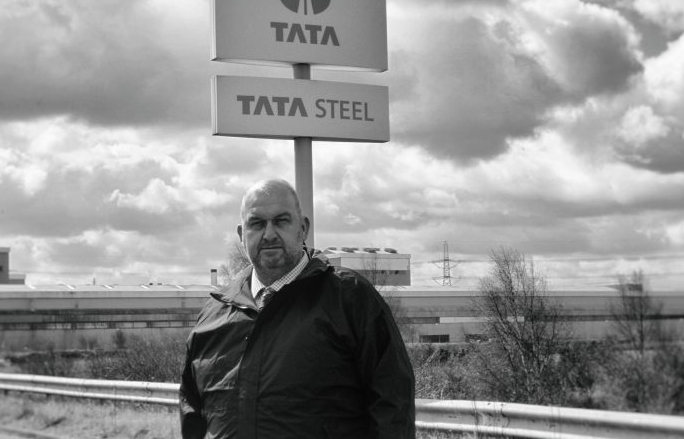 This won’t be the first time an Assembly by-election’s been held due to the death of an incumbent AM, but this one’s different for obvious reasons.

The by-election is due to be held on Tuesday 6th February – the latest possible date under the law. This was a conscious decision by the Assembly authorities to ensure there’s maximum distance between the by-election and both the immediate grieving period following Carl Sargeant’s death and funeral.

Alyn & Deeside is a border constituency and effectively has two halves – a built-up area near the River Dee which includes towns and villages such as Connah’s Quay, Buckley and Ewloe and a more rural south-western half which contains dormitory villages of Wrexham like Hope and Caergwrle.

The constituency is home to one of Wales’ biggest manufacturing and industrial areas, with major employers in the area including Airbus at Broughton, Toyota, Tata’s Shotton steelworks and Iceland supermarket. Coleg Cambria also has a major campus at Connah’s Quay.

As a border constituency, there’s a high level of cross-border commuting and cross-border residency, with Alyn & Deeside having one of the highest proportions of English-born and English-national residents in Wales. The percentage of the population who can speak Welsh is also relatively low at around 10%, while the employment rate is usually above average compared to the rest of the country.

Although the Shotton steelworks is no longer under any direct threat, due to a large number of exporters and manufacturers in the area, the economic impact of Brexit will have to be factored in. There have also been long-standing plans to upgrade the road network in the area, with the Welsh Government announcing the chosen route of a new £200m road connecting Cheshire with the A55 near Northop.

In alphabetical order by party:

It seems distasteful to offer “analysis” on a very sensitive by-election and in the midst of an ongoing controversy, but it has to be done.

You would expect turnout to be low – maybe no more than 30%. Alyn & Deeside has consistently ranked amongst the lowest turnouts in Assembly elections and a by-election is likely to be even worse.

It would be one of the biggest upsets in post-devolution Wales if Jack Sargeant didn’t win. If he does win he’ll become the youngest-ever AM at just 23 years old.

There’ll be questions such as whether he’s too young? Is it a decision based on emotion, not rationality? Is it the creation of another political dynasty?

I suppose there are unique circumstances at play here; it’s not a Kinnock-like situation in my opinion but I just hope Jack’s doing this for the right reasons, isn’t being used as a puppet by more experienced heads and realises what he’s getting himself into – his refusal to appear on a BBC Wales Live hustings later this week betraying his political naivety a little bit.

On the surface of it, an expected Labour victory in a Labour stronghold doesn’t mean much.

However, for the First Minister (and certain other Labour colleagues) potentially having to face the son of Carl Sargeant inside and outside the chamber after all that’s happened and all that’s been said – particularly during and around the committee inquiry vote – is potentially explosive. I’ll have more to say on that when the results are out.

Labour’s closest challenger is likely to be the Conservatives. Betsi Cadwaladr health board – which covers north Wales – has been in “special measures” since June 2015, with no sign yet that the situation has improved to the extent that the measures can be lifted. The Tories selected a former nurse and have long picked apart Labour’s NHS record in northern Wales.

It’s a smart move by UKIP not to stand a candidate; they avoid a humiliating result and appear “graceful” in light of some extremely bad PR for the Assembly group and UK party over the last 18 months – including a comment from Neil Hamilton suggesting a fellow AM should “consider suicide”. The question is where does the 17.5% of the vote they got in 2016 go? You would expect the Tories, hence their advantage.

Alyn & Deeside isn’t the most Plaid-friendly place, but with a low turnout and a fairly experienced candidate they should be pushing for a solid third or even challenging for second if there’s some sort of backlash against the Conservatives for their current record in Westminster and Labour’s handling of the Carl Sargeant affair.

Retaining their deposit would be a good result for either the Lib Dems or Greens.