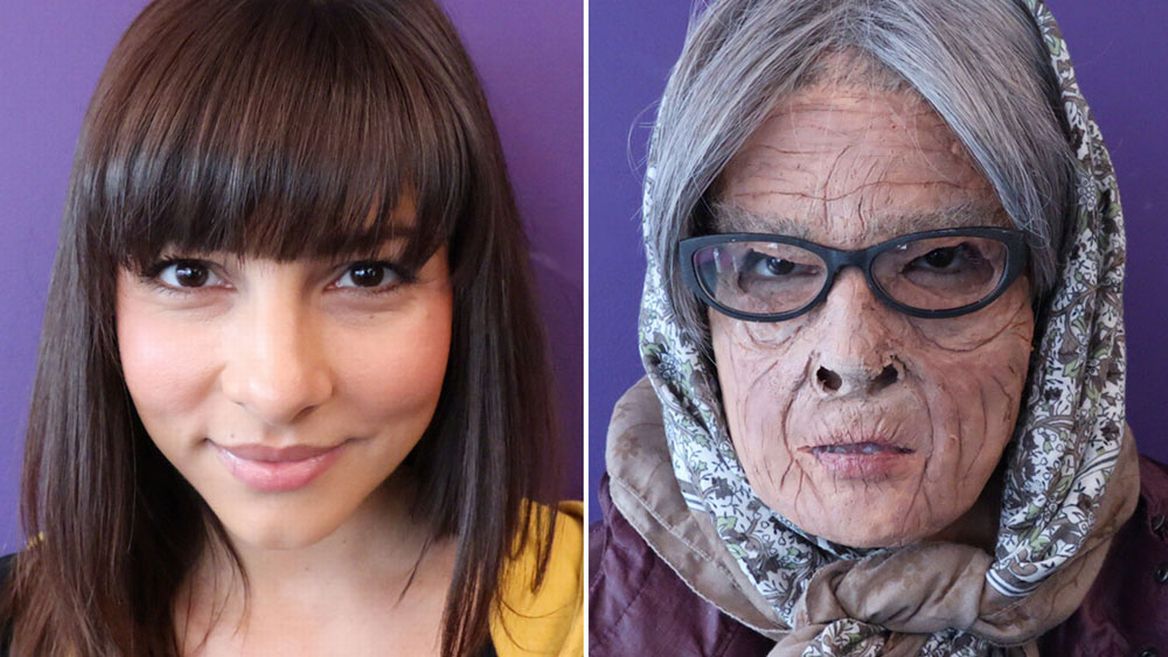 This is perhaps a problem unique to the Anglicised western world. East Asian cultures have traditionally placed great value on their elders, believing wisdom comes with age – the same thing can be said of Mediterranean culture where elders are respected and multi-generational get-togethers are commonplace.

In the West, ageing and death are seen as things to be feared and there are entire industries dedicated to slowing it. There’s no real culture of respecting elders and, paradoxically, there’s a fear of youth – so it’s a dictatorship of the middle-aged. Only the opinions of working-age adults matter, even more so if they own a home and live independently.

Wales is a rapidly, and unnaturally, ageing nation. In mid-2016 it was estimated 20.4% of the Welsh population was aged 65 and over; in 1991 it was 17.2%. The trend is upward because of four key factors – young people leaving, increased life expectancies, a low birth rate and elderly people moving into Wales to retire (mainly from England). I’ve written about all of this before and will inevitably do so again.

All of this means that there are fewer tax-paying working adults to support the increasingly aged population. At the other end, falling school rolls will make it much harder for Wales to be competitive with England when it comes to recruiting teachers.

There’ll always be some churn as, although more elderly people live in Wales, nature takes its course and elderly people will naturally die off in greater numbers than younger people. Wales will, nevertheless, have to think about how we treat the elderly as well as how to properly respect and retain the young.

Housing is probably the single biggest issue facing people under the age of 35. In July 2017, the average deposit for a first-time buyer in Wales was £17,200. The property market has created a massive inter-generational wealth disparity; a report by the Intergenerational Commission (pdf) found that older generations will be wealthier than future generations thanks to a £2.3trillion wealth transfer from young to old via the property market.

Housing is now such a problem that 25% of people under the age of 34 are still living with their parents in the UK and living there longer too – affecting men more than women. It’s also a big “push factor” (alongside poor employment prospects) for young people to leave Wales, particularly graduates who might find better prospects in big English cities or abroad than they would at home.

Most of the research here has been done with older generations in mind, but it’s not a problem that’s exclusive to them.

An inquiry by the Senedd’s Health Committee found that up to 27% of people over the age of 65 felt lonely or isolated – partly because of the sparse population distribution which means many people live in very small communities, partly because of policy too such as cuts to bus services which might proportionally affect older people living in rural areas (but young people too).

Research for the Dame Kelly Holmes Trust in 2016 found 72% of people aged 16-24 felt lonely despite their higher use of social media and alike. Vice considered several reasons such as job insecurity, more mobility for work and other reasons (reducing time to make new friends/relationships), more consumerist individualism and younger people staying single for longer which leads to a “perpetual state of adolescence”.

What have “Millennials” ruined this week? In what way have the “Baby Boomers” destroyed the future of humanity today?

Every generation thinks the generation following them is worse than they ever were, whether that’s in behaviour, morals, social attitudes or habits. Due to the impact of the housing market and Brexit, there’s increasing resentment towards the newly-retired and elderly with claims of selfishness. In reality, this supposed inter-generational war probably doesn’t exist – though because of the media coverage there’s less understanding of the challenges young and old alike face and that gets in the way of making progress towards generational equality.

Since devolution, children’s rights have been taken seriously by the Welsh Government. Wales was one of the first nations to legislate for play and the first to create a position of Children’s Commissioner – which was copied by the rest of the UK. Wales is also actively considering lowering the voting age to 16 and work has already started on establishing a Youth Parliament. Proposals to outlaw “smacking” could also be seen as a big step forward for children’s rights and dignity.

Likewise, Wales was the first nation in the UK to establish an Older People’s Commissioner and via that office has raised concerns over quality and standards in care homes, accessibility to GP appointments and the treatment of older workers by employers.

Recognition of the impact of degenerative illnesses

For a long time, things like forgetfulness, unsteady movements and social withdrawal in old age were written off as “senility”. Now, it’s likely to come under the broad umbrella of dementia – ranging from mild forms right through to specific conditions like Alzheimer’s disease and Parkinson’s disease. Arthritis is also endemic within the Welsh population and one of the most commonly treated conditions.

Dementia patients can be difficult to treat in a healthcare setting because of wild changes in behaviour – I’ve been told from relatives who’ve stayed in hospital about dementia patients attacking nurses and doctors. It’s not pleasant, but it’s perhaps better understood now. When it might’ve been more common to simply move elderly relatives to a care home, partly due to expense but partly due to shifts in attitudes, it’s now more preferable for them to maintain independence for as long as reasonably possible.

With increased research into treatments and the underlying causes it’s likely we’ll see more effective management of conditions like dementia within a generation, improving the quality of life for older people.

Healthier habits amongst the young

It’s a common stereotype that young people are often risk-takers and live as though they were never going to die – but that might not be true anymore.

Even the number of under-25s learning to drive has fallen by 18% since 2007; if they don’t go on to own cars and use public transport or walk/cycle then it’s good news for the environment.

It seems public health campaigns have worked, but there are still areas of concerns on daily exercise, dependence on “screen time”, levels of obesity and drug experimentation. It is, however, the middle-aged who are the biggest binge-drinkers and smokers. Perhaps they could learn a lesson or two from “Millennials”?

Change attitudes to consumerism and individualism – This would be incredibly difficult, but reducing the influence of “stuff” in our lives, particularly property, might so some way towards easing the tensions between generations and help the environment. It’s perhaps too idealistic, but bigger multi-generational households (or, preferably, regular interaction between generations) could help build stronger relations, reduce loneliness and isolation and spread the burden of care. Changing attitudes to housing – where homes are seen primarily as a place to live, not an investment – would require some deep soul-searching in The West as a big chunk of our economy is dependent on a property pyramid scheme.

Wales should aim to become a dementia-friendly nation – Some of the characteristics of dementia-friendly communities listed by the Alzheimer’s Society (pdf) include: leisure centres offering physical activities for people with dementia, simplified bus timetables, “safe haven” public buildings, dementia training for public-facing workers, de-cluttered street scenery (i.e. fewer signs) and even entire villages built with dementia in mind. Regardless, we should encourage all elderly Welsh citizens to live as independently as possible.

Review age restrictions – There should be a debate on at what age certain liberties and responsibilities are granted or even taken away – the current debate in Wales being around the age to vote. For example, should the age for learning to drive be reduced to 16 with a longer probationary period? Should it be raised? Should there be a maximum driving age? Should video game and film ratings be fairer and have a clearer divide between content suitable for teenagers a whole and adults?

Anonymous/blind recruitment system for senior roles – This is going to feature in quite a few of these posts. In essence, when people apply for senior roles (particularly in the public sector, but perhaps also added as a condition for private companies to receive Welsh Government funding), all distinguishing characteristics (age, race, gender, disability) are anonymised in job applications so unconscious bias based on name, ethnicity, gender, age etc. is eliminated and the best candidates are shortlisted regardless. This could include removing date of birth from documents that don’t absolutely require it.

Promotion and redundancy based on performance, not tenure/seniority – Employees should be awarded raises and laid off based on their value to a business, not their age or the length of time they’ve been working with an employer. Smart analysis of an individual worker’s performance compared to their peers would aid with this and if the data is transparent, could be used to challenge decisions in an employment tribunal (and have a knock-on impact for the gender wage gap etc. too).

A mandatory retirement age for elected representatives – Older generations are over-represented in politics, particularly local politics. A survey of local government in 2012 (pdf) found the average Welsh council candidate was a white man in their mid-60s – it’s unclear how things have changed since the 2017 local elections, but something needs to be done to address age representation as much as gender, race etc. Councillors could, for argument’s sake, have to stand down at the first election following their 80th birthday (which is roughly the average life expectancy). This caveat could be extended to, for example, a Welsh head of state (if we don’t keep the monarchy) or national elected representatives.

“Those who can’t do….” – Older people aren’t useless and losing their skills and experience based on their age would make them an under-valued resource. They should be able to hand down their experience. Public bodies could bring in a policy to encourage, for example, former semi-professional and professional athletes into coaching and others into teaching, lecturing or mentoring.

Phased retirement – With life expectancies getting longer, governments under pressure to reduce pension deficits and state pension costs and automation coming, the period between ages 65-75 could become a phased retirement where people (where physically able to do so) switch to part-time work for 5 years or so as a step towards full retirement. This will hopefully increase the esteem older workers are held in by employers and – if combined with job-sharing, apprentices and graduate schemes – could see experienced staff train their own replacement without feeling like they’re being shoved out the door. 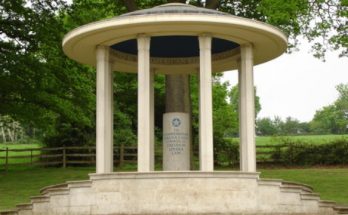