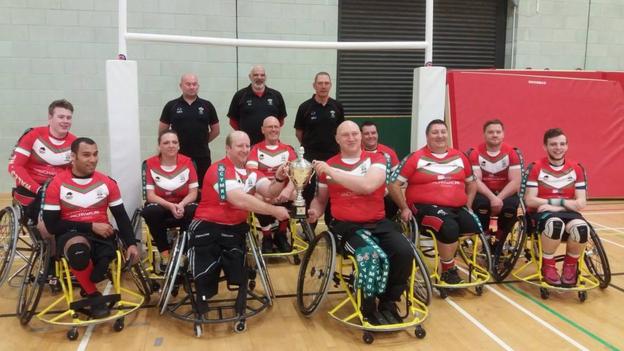 Ableism is discrimination or prejudice either against people who have physical, learning or mental disabilities.

When you think “disabled”, the first image in your head might be of someone in a wheelchair or walking with a guide dog. Of course, disability goes beyond those conditions which affect a person’s mobility or senses.

There are a whole host of hidden disabilities that you can’t physically see but still negatively impact a person’s day to day life temporarily or permanently. For example, conditions on the autistic spectrum, serious mental health problems (i.e. personality disorders, Schizophrenia) and chronic medical conditions that have no outward signs like bowel disorders, arthritis, epilepsy, cancer and COPD.

For most of history, the needs of disabled people have been almost completely ignored. There was no welfare “safety net” and the disabled had to work like everyone else – whether they were physically able to do so comfortably or not. Those who couldn’t find menial work or couldn’t work at home would often have to resort to begging.

As eugenic theories took hold in the 19th and early 20th century, in some cases the disabled were targeted for institutionalisation, sterilisation or even extermination. Some religious systems that hold a belief in reincarnation suggest the disabled are being “punished” for the sins of a past life – which would almost legitimise some truly stinking attitudes towards the disabled, going back as far as Shakespeare’s Richard III.

By the 1960s and 1970s, disabled people began to fight for their rights. It wasn’t, however, until 1995 – decades after similar laws were passed against racism and sexism – that a law was passed to end discrimination against the disabled in the UK.

In the year ending December 2017, there were an estimated 391,500 people of working age in Wales (aged 16-64) with a disability, or 20.8% of the working-age population, which is marginally higher than the UK figure of 18.2%. In addition, as many as a third of people of retirement age (65+) could have a disability.

The first welfare payments for the long-term disabled were introduced in 1911, eventually going on to become incapacity benefit. However, a spike in claims during the early 1990s – probably a direct result of a combination of deindustrialisation and sympathetic GPs – led to a clampdown by John Major’s government (Hansard, Column 732).

Although tests of a person’s abilities had happened previously, in 2008, the UK Labour government introduced work capability assessments which were outsourced to a private company, Atos. The process continued under the Conservative-Lib Dem coalition, but up to 40% of those who were assessed as fit for work and appealed had their status overturned as unfit for work – largely rendering the process a waste of time and money.

In 2016/17 (xls – warning, takes a long time to load despite the small file size), disability-related benefit spending* in Wales amounted to £2.57billion (28% of total welfare spending). The welfare system isn’t devolved, though there has been discussion around the possible devolution of attendance allowance.

Despite the disabled making up a sizable minority of the Welsh population, apart from those current and former AMs who’ve experienced mental health problems, received treatment or are receiving treatment for serious illnesses – like Steffan Lewis (1984-2019; cancer) and Angela Burns (sepsis) – Mark Isherwood AM (Con, North Wales) is, as far as I know, one of only two AMs elected in 20 years with a physical disability, being partially deaf; the other is Huw Irranca-Davies AM (Lab, Ogmore) who has ankylosing spondylitis (AS), which is a type of rheumatoid arthritis that affects the spine and runs in my own family.

In 2015, it was revealed around 2,400 people whose claim for disability-related benefits ended after being deemed fit to work under the capability assessments died. Welfare reform is also likely to have resulted in an increase in suicide, as moving from one benefit to another with stricter conditions and less money will cause financial and mental strain.

The disabled aren’t immune from the dregs of society either. In 2016-17 (xls), there were 388 recorded hate crime incidents against disabled people in Wales – an increase of around 38% on 2015-16 and making it almost as common as homophobia and significantly more common than religious hate crimes.

It’s also a shocking in hindsight just how many of the most commonly-used playground taunts were related to disability: “spaz/spastic”, “mong”, “cripple”, “flid”. Calling someone autistic is now used as an insult, particularly against socially-awkward men.

According to HESA (link – Table T7), in 2016-17 there were 5,750 university students studying full-time at Welsh universities who were eligible for disability benefits – making up 8.3% of all students. Whilst this is significantly higher than England (6.8%), Scotland (4.5%) and Northern Ireland (5.5%) it still means the disabled are less likely to go to university than their non-disabled peers.

According to StatsWales, in 2017 the employment rate for disabled people (45.5%) and economic activity rate (49.5%) are significantly lower than the population without disabilities (79.6% and 17.0% respectively), with much higher inactivity rates in the South Wales Valleys.

You could argue in a twisted way that the disabled enjoyed more equality in employment during and before the industrial revolution than they do today – perhaps because disability (such as losing a limb or an eye) was relatively commonplace amongst lower orders, so you either worked or starved.

Despite various legal obligations, the needs of disabled people are often an afterthought in urban design, planning and transport. What we might consider a piece of attractive street furniture may be a dangerous obstacle for someone with sight or mobility problems, while pedestrianising town centre shopping streets might make them safer but could reduce accessibility for the disabled if they can’t be dropped off close enough or have to travel further by foot or in a wheelchair.

As local authority budgets are put under pressure, the closure (or reduced operating hours) of public toilets and subsidised bus services can leave disabled people isolated if they have no other form of transport or no alternative facilities. Similarly, Arriva Trains Wales’s outdated fleet isn’t yet fully compliant with disability laws – though there are hopes the new franchise operator will procure disabled-friendly trains.

The range of financial and material support

Putting the awkward qualification criteria aside, there’s quite a lot of help out there for the disabled if and when they need it – both financial and material. I listed at least five different benefits earlier for which the disabled are eligible and designed with maintaining independence in mind. Schemes like Motability and subsidised home adaptions not only benefit the disabled but the elderly.

Children with special needs being “mainstreamed” into general education classes might not always be the best option, but it will at least allow non-disabled children to see that, while their disabled peers may need more help, they have their own strengths, talents and abilities. Just last year, the Senedd passed a new law to improve the planning of services for pupils and students aged 25 and under with learning difficulties.

There are now more organisations out there to advocate for disabled rights that were once seen as fringe matters or not to be taken seriously – welfare reform, autism and in particular mental illness – are now getting long overdue exposure.

There’s the prospect that within the next few months a Bill to secure/improve the rights of autistic children and their families will be tabled in the Senedd; whether a law is the right way to do this is an argument in its own right, but it does show you how effective organisations that lobby on behalf of the disabled are in terms of getting the ear of decision-makers in Wales and that could only improve with independence.

A petition was submitted to the Senedd calling for a system of “scores on the doors” for disabled access and facilities, which has drawn support from AMs and is being considered with an open mind by the Welsh Government.

It’s probably the single most important law passed in relation to disabilities.

It set clear target dates for various providers of public services to make “reasonable adjustments” to meet the needs of disabled clients and customers and outlawed treating disabled people any differently to able-bodied people. The Act was further extended in 2005 to cover public transport, meaning trains, trams, buses and coaches have to be disability-accessible by 2020.

Has it worked? Maybe to an extent, but it’s imperfect because while organisations, employers, governments and public services may be legally obliged not to discriminate against the disabled, they still make decisions that inevitably make the lives of disabled people more difficult – welfare reform being just one example.

Citizens Income/Basic Income – A citizens income, where most benefits are folded into a single payment and everyone receives a guaranteed minimum income, is currently under active discussion if not close to being piloted in Wales. Such a regime would reduce the stigma and bureaucracy around claiming benefits and help Wales deal with issues like automation. Disabled people could – after medical assessment from a GP – receive graduated top-ups for mild (can work with minimal assistance), moderate (limited work capability) and profound disabilities (physically unable to work).

Guaranteed interviews for disabled job candidates – Some employers, particularly in the public sector, already do this. Basically, if you apply for a job, meet the minimum criteria and have a disability as defined in the Equality Act 2006, you’ll be at least guaranteed an interview. That doesn’t mean a disabled person will actually get a job but might increase their chances. This could be expanded to all employers, perhaps via legislation.

An expanded role for Remploy – Remploy (in Wales anyway) used to have small manufacturing units it directly owned and ran, but most of those closed in 2013. Since then it’s been privatised, with 30% of the company owned by trustees and focusing on filling welfare-to-work placements for disabled clients. Remploy could be converted into a full Wales-wide co-operative and take on more work with the disabled currently undertaken by the DWP (who look to tick boxes rather than meet the needs of the individual), as well as seek to provide more commercial direct-to-customer and direct-to-business services (perhaps under dedicated brands).

Health & Disability Commissioner – This was championed by former Plaid Cymru AM, Lindsay Whittle and I’m surprised it hasn’t already happened considering the high proportion of disabled people in Wales – more than older people or Welsh-speakers, which each have a Commissioner. A similar post in New Zealand includes functions such as monitoring and upholding the rights of the disabled, make recommendations where services have failed and recommended changes to legislation or regulations.

A standardised school discipline system – I mentioned how some of the most common playground insults are related to disability, so – as mentioned in previous posts in this series – a school discipline “points system” could be introduced where pupils receive points for offenses including the use of offensive language in relation to disability. The number of points would depend on the severity, with a threshold established for withdrawal of privileges, suspension or exclusion.

Inclusivity in sport and education – When organising national sports competitions or championships, disabled athletes should be given parity with able-bodied athletes (in the same way as the Commonwealth Games); Wales already has a good track record here. Similarly, apprenticeships, higher and further education courses could be reviewed for their accessibility for disabled students. All appropriate measures should be taken to ensure disabled students can undertake the course of study of their choice as long as there are no serious physical, mental or learning disability obstacles that would prevent them from doing so (i.e. someone with a serious learning disability won’t be able to study medicine). If there are obstacles in place, then they should be given options for “the next best thing”.